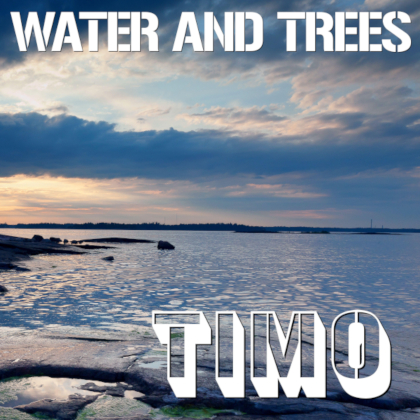 “Water and Trees” is an acoustic folk ballad written, produced, recorded, and mixed by Timo Pulkkinen aka Timo. That’s him on lead vocals, acoustic guitar, double bass, flute, and drums. Jepa Lambert provided background vocals, Pekka Peltonen played mandolin, and Jaakko Kiikeri rounded things out on electric guitar. The arrangement was a group effort, and the finished mix was mastered by Pauli Saastamoinen at Finnvox Studios in Helsinki.

Using a combination of real and software instrumentation, Timo and friends have assembled a quiet and delicate track that showcases their fine performance and tracking chops. Let’s check things out a bit closer, shall we? The track opens with a well-recorded acoustic guitar and bass combination that’s quickly joined by an ambient (but somewhat pitchy) flute. Next up is an extremely present lead vocal. Auditioned through our monitors, it sounds completely at odds with the music bed—it’s too much! It overpowers the mix with sheer volume, and the dry, ambience-free presentation sets it apart sonically from the wetter backing tracks. The mix levels finally balance out at around the 3:40 mark, but by then it’s too late. Various tuning and balance issues turn up elsewhere in the mix, taking things down another notch.

No shortage of talent assembled here, my friends, but we are perplexed by the placement of the lead vocal, and unsettled by the avoidable tuning issues. We can’t imagine any monitoring scenario that would result in such a loud lead vocal track, so it must have been a matter of taste on Timo’s part. In our humble opinion, dialing that lead vocal down would result in a smoother-sounding and much more enjoyable track overall. We urge Timo to experiment with it until he finds the sweet spot.