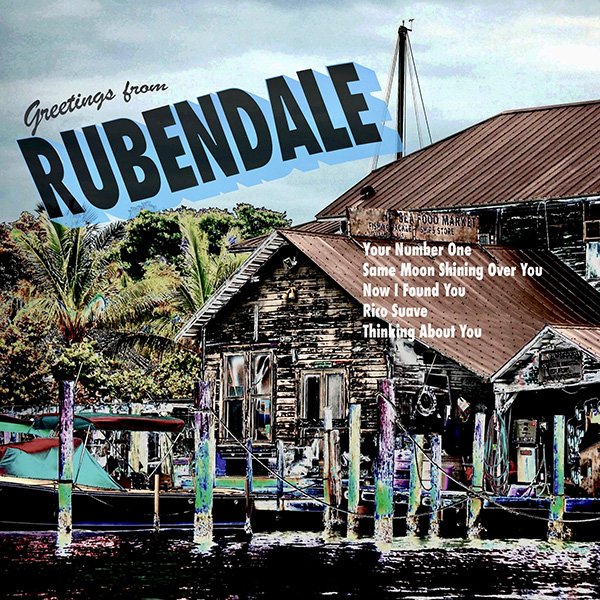 “Thinking About You” is a modern Country track composed by Walter Gabbard and produced by Walter and Ruben Fernandez. Performance credits were not supplied.

Walter and Ruben submitted a track with many moving parts. The description of the song is the first thing that caught our attention. For several years now, I have been involved quite heavily in what we consider modern country music, both as a live sound and as a recording engineer.

While genres certainly have large tents, we can honestly say that “Thinking About You” bears faint resemblance to the formula-based efforts heard in today’s commercial Country genre. The “Bro-Country” movement dominates today’s Country airwaves with a similarity that often renders individual artists’ personalities meaningless. Composed by a core of Nashville writers, often up to four to finish a three-minute tune, there is a cut and paste sound that is incredibly obvious if one spends any time with it.

So how does this affect our duo’s effort here, you ask? In a technical sense, the sound sources, the arrangement, and particularly the mix and mastering are quite different from the description of the material. Is that a bad thing? Well, that depends on the end product and its intentions. In other words, like any other product, if the description fails to match the actual item, confusion may arise. With that said, Walter and Ruben’s submission is distinctly more old-school country with some rock (minor key) overtones. This includes honkytonk-style piano, Willie-inspired vocals, the horns (Marty Robbins and Johnny Cash, anyone?), plus the tremolo “Spaghetti Western” lead guitar.

With that at our baseline, let’s dive in and see what’s what. The intro is a stripped-down affair, piano/bass and vocal, setting up the strong visual presented in the lyrics. The track expands considerably at the half-minute mark when the drums, electric guitar and backing vocals join in.

Tone-wise, things are a bit uneven through our monitors. The lead vocal is very well recorded and presented in the mix. The Neumann U 87 Ai microphone employed here did not become an industry standard by happenstance, and the guys did a great job capturing the sandpaper quality of the vocals.

As for the additional sound sources, unfortunately, they didn’t fair quite well. While the lead vocal is presented with outstanding clarity and presence, the rhythm section was considerably darker, almost muffled in comparison, and the drum fills (roto toms?) seemed out of place. Simultaneously, the electric rhythm guitar was incredibly bright, creating a mishmash of frequencies in the mix. The track switches to a major 7 chord dominated B section at the 1:05 mark, and with it, the horns arrive, a mixed horn section panned left, and a baritone sax panned to the right. In his production notes, Walter tells us that the horns were software-based, augmented by actual instruments, although we don’t have any info as to which was which, and at this point in the track, things are becoming a tad bit crowded in the mix for our taste.

We love the tremolo electric guitar solo. It’s one of the highlights of the recording. Unfortunately, it is immediately followed by an abrupt breakdown that feels somewhat disjointed rhythmically. This section continues until the 3:51 mark, where a further breakdown occurs. Walter and Ruben then end the song by essentially repeating the intro form.

Regarding advice, we’d suggest starting with the basics on the technical side. Getting the rhythm section, guitars and vocals blended tonally before adding in any other sound sources is critical. At this point, we suggest that the guys focus on the transition sections of their arrangement, smoothing things out between the verse, chorus and breakdowns. Once that is accomplished, begin adding in the remaining instrumentation cautiously, focusing on avoiding overcrowding the mix. As for the genre description, the artist is entitled to describe his/her work however they choose. That said, genres often have considerable technical and musical markers that identify them, and misinterpretation is always possible.

Plenty of opportunity with this material!