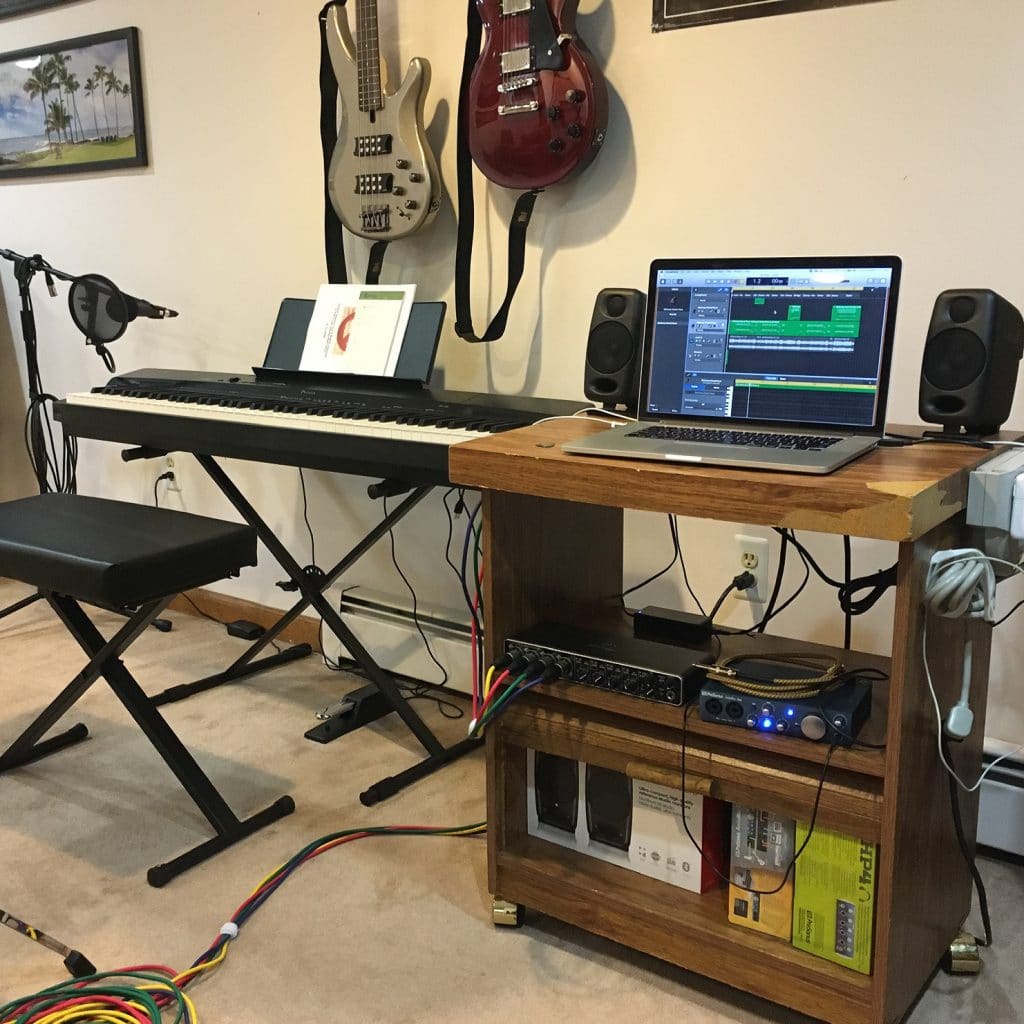 “The Journey” is a rock song done stem to stern by Dan in his home studio.

In his production notes, Dan tells us that receiving his Marshall Code 50 amp for the Holidays was the impetus for recording ‘The Journey’. So, how did it all work out? Well, first up, the Epiphone/Marshall combo sounds really good—lovely gift! Dan started by laying down a scratch drum part via the Auto Drummer in GarageBand. Since the rhythm guitar parts are fairly prominent in the low end, he decided against adding a bass guitar track. For the lead guitar, he went direct so as to be able to explore various tones simply by messing around in GarageBand. Fair enough, and quite successful we might add! Both the smooth rhythm and distorted lead guitars are well designed and executed, with thoughtful panning deployed, giving each part its own voice. Speaking of voice, Dan gets good mileage out of his trusty Shure SM58 dynamic mic—yet another reminder that it’s not always about the car, but the driver!

Dan had a clear plan in mind here, and he stuck to it. Interestingly, his primary instrument is drums, and his original intention was to replace the scratch part here with live drums. After hearing how the tracks came together however, he decided to leave things exactly as they were. Have you heard the old expression, chasing the demo? Sometimes things fall into place in a way that just clicks, and having the confidence and clarity to let it lie is always admirable. With so many of us wearing all the hats on our projects these days, knowing when to stop can be excruciating. Kudos to Dan for doing just that!