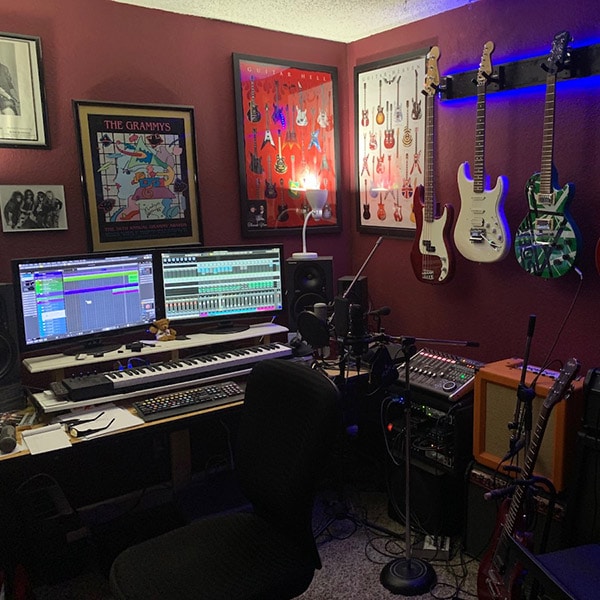 “Summer Love” is a male vocal rock ballad. Tony wore all the hats on this project.

Yet another ambitious OMB (one-man band) submission, this one has a bit of a back story. Tony tells us that the track was initially written and recorded in the mid-1980s and that this re-recording is an attempt to give the song its due with a bit of freshening up. Tony, we are pretty sure that most of your fellow recordists, myself included, would love to take another whack at our older work, hindsight being what it is. So how did things turn out? Well, hard to say for sure since we lack access to the original. That said, let’s see how this version stands up. From a composition and arrangement standpoint, ‘80’s rock ballad’ certainly nails it, complete with drum programming, big synth pads, and big guitar solos, along with a fair amount of vocal processing. Starting with the drums, Tony wisely keeps things minimal here, primarily a snappy kick drum accompanied by a side stick snare rhythm and various shakers tracked via his Superior Drummer software. As for the bass, it’s mostly a whole note affair, tucked pretty far back in the mix and somewhat obscured by the synths. Speaking of synths, Tony has them upfront and present—certainly not a wash or pad type placement, but given the track’s vintage, totally acceptable to our way of thinking.  The electric guitar solo is also upfront and present—in fact, too much so. Energy shifts and balance can be a tricky thing to navigate in a mix, but when the solo volume exceeds that of the lead vocal as it does here, we have a problem. Regarding the vocal, once again we are donning our 80’s glasses. In a modern setting, we would most assuredly find an issue with the amount of delay and other processing. In the context of the song’s origin however, the processing is appropriate. After all, who’s gonna be the one to tell Hugh Padgham and Phil Collins to lose the gated drums on “In The Air Tonight!”

Intent dear readers, always back to intent. Tony had a specific goal in mind for his recording and nailed it for the most part. As for suggestions, the lead guitar volume is disrupting the mix. We urge Tony to align it more with the volume of the vocal or synths to avoid energy fluctuations in the mix.

Back to the future.