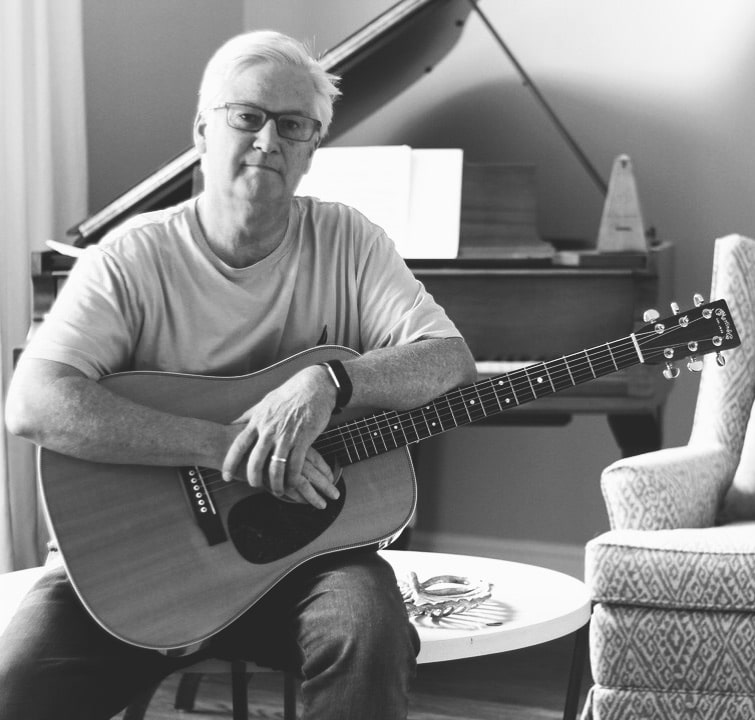 “Steely Eye” is a 70s-influenced rock track. John did it all except the drums, which were played by Laneus Franklin.

This is another fine effort from John and one that certainly carries some ‘Steely’ vibes! John’s previous submission was a soft rock tune that featured wonderful slide guitar work reminiscent of George Harrison. This time out, he tackles the ‘Peg’-era Steely Dan sound with an order of Michael McDonald / Doobie Brothers on the side. A tall order that, and a successful one for the most part. The fact that John handled the performance (minus the drums) and the recording is impressive indeed. John obviously spent time on the arrangement, and with the number of instruments present, that was a wise decision. Highlights include an awesome Larry Carlton-esque crunchy panned electric guitar solo. Great tone and performance here and absolutely genre correct. The panned keyboards also work well, as do the faux horns, and dig those backing vocals—brother brought some soul to the party! On the flip side, the drums are not working for us here. The kick is faint, and the snare begs for some ambience. We also found the wide-panned tom fills to be boxy in tone. Our other concern centers on the lead vocal. John tells us that he employed some de-essing to address a nasty 5k issue, and in spots, we detect artifacts from the finagling. We also feel that the overall volume of the lead vocal is a tad high in the mix.

This was a heck of an undertaking, and John should take pride in his work. As for fixes, we would remix from the ground up, centering on the drums. The relationship between the kick drum and bass guitar is critical, and John should take his time on it. After that is settled, we’d love to hear a bit of reverb or delay on the snare, along with some brightening of the toms. As for the vocal, while we have found the Avantone mic to be a fantastic tool for many folks, condenser mics are not always the best fit for every voice. We would encourage John to experiment with a dynamic or ribbon mic and see if it marries up better with his pipes. That said, we found the backing vocals to be superb. If John employed the same signal path, perhaps positioning, EQ or pre/post-processing was the culprit. We suggest John look at the information on his backing vocals in his DAW (EQ, compression, processing) and see if/how they differ from his lead vocal and adjust accordingly.