SPOTLIGHT 128: TolbertToz – “Good For The Night” 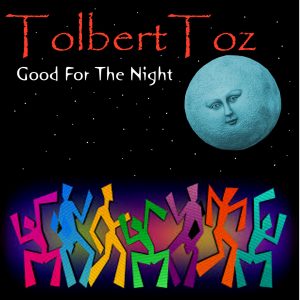 “Good For The Night” is a female vocal rock song.  Joy Tolbert sang the vocals and Tim Toz handled all of the sound sources as well as the recording, mixing, and mastering.

This month’s Spotlight is a fantastic high-octane effort that really puts the “classic” in classic rock. It’s been a while since we’ve had the pleasure of reviewing a track that was so perfectly written and arranged for its genre. Kudos to Tim and Joy for nailing it!

As for the nuts and bolts, Tim tells us that the duo have a long-distance recording relationship. He started the basic music bed in his home studio, sent it to Joy for her initial vocal performances, and then they collaborated back and forth on the arrangement until the song took on its final form/performances. As for the results, well, in our opinion they speak for themselves.

Starting from the ground up, Tim constructed a muscular drum section via his two Roland S-760 samplers. It rocks with totally believable programming and good solid tones all around. The bass is frisky but still holds down the fort with a great clear tone, thanks in part to a fine performance and the Focusrite ISA 428 preamp used in the signal chain. We absolutely love the crunchy tone of the Vantage Flying V/ BOSS GS-10 processor Tim put together as well. Both the rhythm and lead guitar sounds are topnotch in our book, and the performances are equally as good. Moving on to the vocal: Joy simply owns this track. Her vocal performance is off-the-hook good, with energy and attitude all wrapped up and delivered clean as a whistle through a RØDE NTK/Focusrite ISA 428 chain.

As you loyal readers know, we have long maintained that without a great mix, all of this would be for naught, but fortunately Tim more than earns his spurs here. By keeping his sound sources to “stage band” numbers, each has enough space in the mix to shine, while still sounding cohesive. The guitar panning choices open up the center of the stereo field for Joy’s great vocal chops, and the entire mix crackles with energy and emotion. Well done!

For all of you out there in recordingland (particularly the one-person operations) who are looking to achieve a “live” vibe to your projects, we suggest you give Tim and Joy’s work a close listen. With effort and skill, individually tracked parts can sound remarkably close to a live band. Thanks for the template, you two!