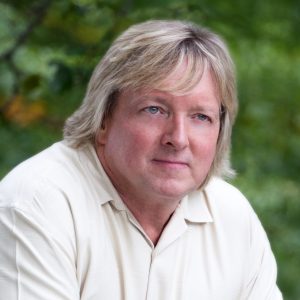 “Wake Me When it’s Over” is a male vocal rock song. Dan did it all with the exception of the high harmonies, which were courtesy of Elizabeth Holder, and the drum programming which was handled by Chris Parsons.

This month’s SPOTLIGHT combines skilled recording/programming and performance chops along with some killer tones, resulting in a superb overall track.

In his production notes, Dan tells us that he initiated the recording with a rough demo consisting of a click track, bass and rhythm guitars, and lead vocal. Once that was prepared, he passed it on to Chris, who programmed the drum parts using Superior Drummer. Huge kudos to Dan for bringing in some outside assistance for his drums here.

For years, we have been pointing out that the weak spot in so many one-person recording submissions is the drum programming. Wearing multiple hats while creating/arranging and recording is difficult enough, and for a non-drummer, the chances of constructing a realistically programmed performance are poor. To that end, we have suggested time and again that getting help from an experienced programmer with solid drum knowledge could be an invaluable asset, and the drums here are proof positive. We love the straightahead solid feel of the drums, and the tones are impressive across the board. Well done, gentlemen.

Armed with his drum track, Dan loaded it into his Pro Tools rig and began to recreate his keeper parts in earnest—and boy, that sweet group of preamps, DIs and compressors sure provide an awful nice signal path! Rarely do we hear the level of richness and clarity that we find on the various sound sources that comprise “Wake Me When it’s Over”. The bass is full but articulate, ditto the guitars and vocals, and we are happy to report that the dreaded sibilant and overcompression/limiting artifacts that plague so many submissions are nowhere to be found here.

We also must give Dan his props for a succinct arrangement that leaves plenty of frequency space for all of the instruments and vocals presented, and for a clean and thoughtful mix that brings out the best in each while still presenting a unified whole.

“Wake Me When it’s Over” ticks a lot of boxes for us in our quest to assist you loyal readers in your recording journey. Smart arrangement; skilled performances; gain staging and processing management; solid frequency recognition… and last (but certainly not least), the collaborative process where the drums were concerned. Much to study and enjoy here, friends!