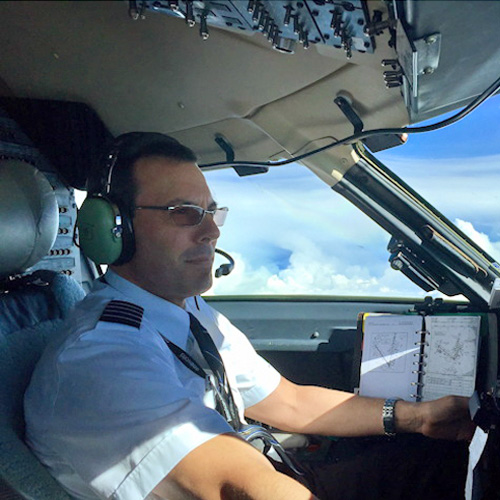 “On My Way” is a male vocal rock song. Stephen one-man-banded it in his home studio.

This month’s Spotlight is a fantastic one man band effort that showcases some killer performances and tones, along with excellent programming chops. Starting with the programming, Stephen has done a bangup job with the percussion and trap kit sounds here. The intro section’s talking drum/conga sounds, generated from his Reaktor 5 software, have a very convincing sound, propelling the song throughout its duration. We were also mightily impressed by both the tone and the programming of the drum “kit” that Stephen assembled via his Cubase 7/MT Power Drumkit 2 setup. We found the assembled parts to be creative… and perhaps more importantly, believable. So often, non drummers overreach when programming, resulting in a “How many hands and feet would it take to actually play this?” part. To our relief, we are hearing more Steely Dan and less Octopus Hands here! Moving on, Stephen’s plaintive vocals were tracked and delivered minus the dreaded sibilant actifacts currently sweeping Readers’ Tracks. We also appreciated the restrained lack of compression/limiting on the vocal. Sadly, in our view, one of the downsides to unlimited plug-ins is the tendency to use them, whether warranted or not. Nothing in Stephen’s measured vocal performance screams “gain reduction on aisle five!”, and kudos to him for avoiding the “I’ve got it, might as well throw it on there” trap. As we mentioned at the beginning of our review, there are some superlative performances and tones afoot here, and nowhere is that more evident than the electric guitars. Without sounding too much like a fanboy, Stephen has got some big-league guitar chops, and the tones from his Fender HSS Strat/EVH Fender Twin are rediculously good. Simultaneously chewy and articulate, with a perfect amount of compression, the sweetly panned guitars are a thing of beauty, and that solo? Fugitaboutit! Of course, none of this goodness exists in a vacuum, and Stephen had given his pieces/parts a well-balanced and blended mix that provides cohesion and clarity. Well done, sir!

Wearing all of the hats as many of us do can be challenging, to say the least. When it is done successfully, the results can be awfully darn impressive. Such is the case here. By the way, Stephen, do you give guitar lessons? I’m, uh, just asking for a friend…!