Song With No Name 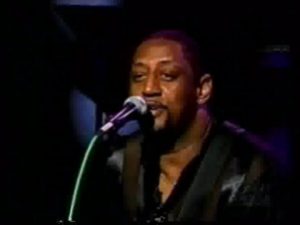 “Song With No Name” is a male vocal “folk, easy listening” tune. Wayne was the one-man band on the project.

Wayne has submitted a pretty, plaintive ballad that succeeds on several levels and falls just short on a few others. Let’s look under the hood and see what’s what.

Starting on the plus side, he has done a nice job with his acoustic guitar here. The sparse part is well-executed and
presented with a touch of chorus that adds a nice shimmer to its sound. The bass guitar is also well played, although we found it to be tucked pretty far back into the mix, particularly in relation to the punchy kick drum sound. The addition of the the string pad in the bridge was a great touch, serving to add a lift to the track right when needed.

On the minus side, we aren’t quite convinced that the track benefited from the kick/woodblock percussion, at least as
presented. Ultimately however, it’s the vocal and darkness of the final mix that we find most troubling. Wayne has written a heartfelt and poignant set of lyrics which are for the most part buried in processing. The murky sound of the processing seems to infiltrate the entire proceeding, leaving us wishing for more clarity overall.

As we’ve said many times is this column, orchestrating sound sources other than one’s primary instrument can be a slippery slope, and drum programming seems to be at the head of the class in that regard. While we would certainly encourage Wayne to get better acquainted with his drum software, we might also mention that playing to one’s strengths in often the best course of action.

A prime example would be Gordon Lightfoot’s early-1970s recordings: two guitars, bass, and vocals were the format, and it definitely stands the test of time. To that end, reducing (or eliminating) the percussion volume and raising the bass volume would go a long way towards balancing things out.

Speaking of vocals, processing can be a boon in many instances. That said, we can’t help but get the feeling that Wayne was attempting to “hide” behind the effects here. We would urge him to reconsider how much is too much; dialing it back some would free up both the intelligibility of the lyrics and the general clarity of his mix.

Addition by subtraction. Try it!