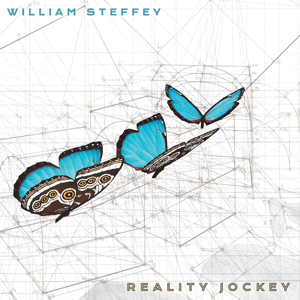 “Shangri-La” is a male vocal “indie rock” track. William did it all with the exception of the bass and backing vocals, which were courtesy of Traci Trouble.

William has submitted a cool, sparse recording, with an intriguing blend of electronic and reggae stylings that manages to combine some disparate tones and textures into a satisfying whole.

Starting with the percussion, William has designed a fairly aggressive-sounding drum program via his Native Instruments Drum Lab software. The hi-hat is pronounced and the snare has an attack that certainly gets your attention! In counterpoint to this lies Traci’s super-active but muted bass guitar performance. Normally we would find the juxtaposition between the two rhythm section partners to be an issue, both in tone and arrangement, but for some reason it seems to work here. Interesting!

Moving on, the sweeping synth sounds (via Native Instruments Retro Machines) create some great movement, energy, and interest throughout the track, and all of this creates dynamics sorely missed in many recordings these days.

The icing on the cake here, though, is the vocals. William and Traci’s lead and backing vocals are superbly arranged and executed, in our opinion. And while the addition of the processing and the vocoder are deftly handled, it is the tone and performance that really wins the day. The AKG C 3000 B mic seems a perfect marriage for William’s voice, and he makes the most of it. Finally, kudos to William for his mix here—it took some effort, no doubt, to make all the pieces fit this snugly.

Plenty of skill by all involved here, both in the performance arena as well as the arrangement and recording end of things. While we would rarely recommend sounds as disassociated as William and Traci’s rhythm section on a regular basis, in this instance they made it work to our ears.