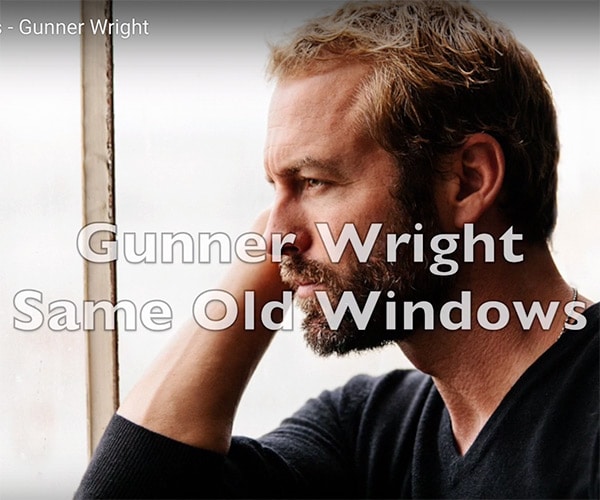 Same Old Windows was recorded using Sony Acid software. Alan and Gunner have assembled a rough cut that provides a fine look at where the track could eventually go; it has that archetypal ‘good demo’ vibe. Demos, yes, that’s what we called ‘em back in the days when bands did this thing called ‘pre-production’ (now get off my lawn, kids!) Back then, it was common for artists to develop their songs on semi-pro 4-track or 8-track analog tape decks prior to dropping ‘real‘ money at a ‘real’ 16+ track commercial studio. At the pre-production stage, arrangements were refined, harmonies and solos were composed, and an overall sense of direction was established—all with limited track counts, no automation, no auto-tuning, no uploading renders for review, no fancy espresso machine in the kitchen, no—well, you get it—virtually none of the modern conveniences of the present moment. The demo/pre-production process made economic sense and provided clear direction. So why call Same Old Windows a demo? Well, simply stated, to our ears none of the tones presented here compare to a good commercial rock release. This is not to imply that there isn’t some good work being done; Gunner’s heartfelt vocals prove that there indeed is. The main pieces are in place—with additional time and effort, this track could be taken to the next level.

As we have often said, intent is a huge part of the artistic process. Did Alan and Gunner intend this song to be commercially released? No way to know. Our mission is to advise and help where possible, and to that extent we’d like to suggest that if the intention is to compete with commercial releases, then the guys need to spend some quality time making A/B comparisons against other rock tracks, and arrive at an honest assessment of where and how things can be improved. The amount of incredible software options available to the home recordist are a powerful tool, but time, experience, and experimentation are paramount, just like back in the days of the dedicated pre-production process—the age of the good demo! We suggest investing in all three in the future.