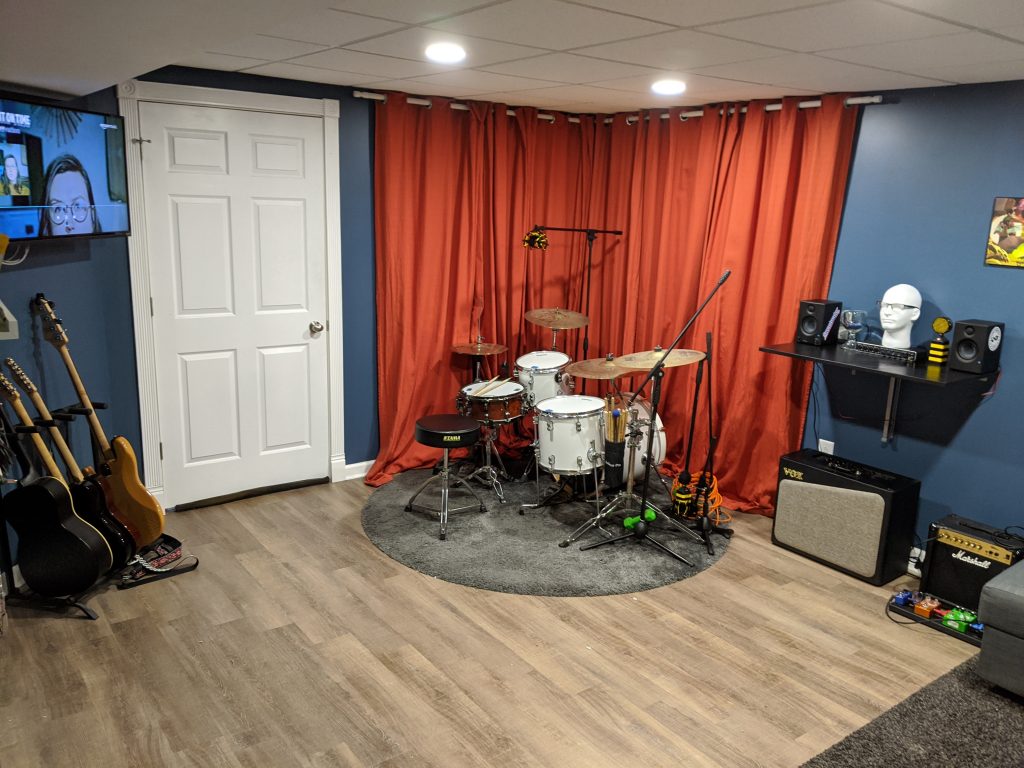 “Rest With Me” is a male vocal folk/pop song done in its entirety by Gabriel.

Gabriel tells us that he tries to write and record a song every month as a hobby—a noble endeavor indeed. His latest effort, ‘Rest With Me’, is a slow-building track that begins with what we initially perceived as several balance and volume issues. For the first two minutes of the recording, things have an uncomfortable lopsided feeling—the acoustic guitar at 1:00, the electric at 9:00, and very faint drums panned entirely to the left, with the vocal centered in the mix. Had the track remained in that state, we would have certainly had a reason for concern. Imagine our surprise at the two-minute mark when Gabriel decided it was time to change the landscape, and shazam—it’s a whole ‘nother mix! Fingerstyle acoustic guitar moves prominently to the left side, a second prominent strummed acoustic guitar occupies the right side, and a great-sounding rhythm section emerges front and center along with the vocals. As for the tones, the acoustics have a fuzzy, blanketed sound through our monitors, and the vocals are strident at times. On the flip side, we love the big full bass that emerges at the arrangement’s transition point, ditto the drums. But Gabriel is not done yet, friends. At the three-minute mark, the song switches gears again, with an electric piano breakdown that builds to a crescendo. Here again, we detect distortion on the keyboards and bass guitar as it increases in volume and activity.

Quite an ambitious undertaking this song turned out to be. While not the first case of ‘camouflage’, in a song’s intro, having the mix imbalance last nearly two minutes gives us pause. In a world of increasingly short attention spans, waiting that long to rectify what many (including ourselves) would view as noticeable flaws is stretching blind faith a little thin. We would absolutely urge Gabriel to reconsider his arrangement strategy here. Thirty seconds to set up the listener for the surprise that awaits is plenty long enough. As it is, we fear the recording could be judged unfairly before it’s been given its due. As for the other issues, we are the proud owners of several Taylor guitars, and can testify that the one thing they are not is muddy sounding. We encourage Gabriel to experiment with positioning his LDC mic, placing it roughly one foot out and aiming at the lower front bout—angling away from the soundhole should provide a good deal more clarity. Lastly, we detected distortion on several sources throughout the recording—might be a gain staging issue. Overdriving the input of a preamp/interface is not difficult, particularly when one is also wearing three other hats. Once again, experimentation is the key.

Plenty to work with.