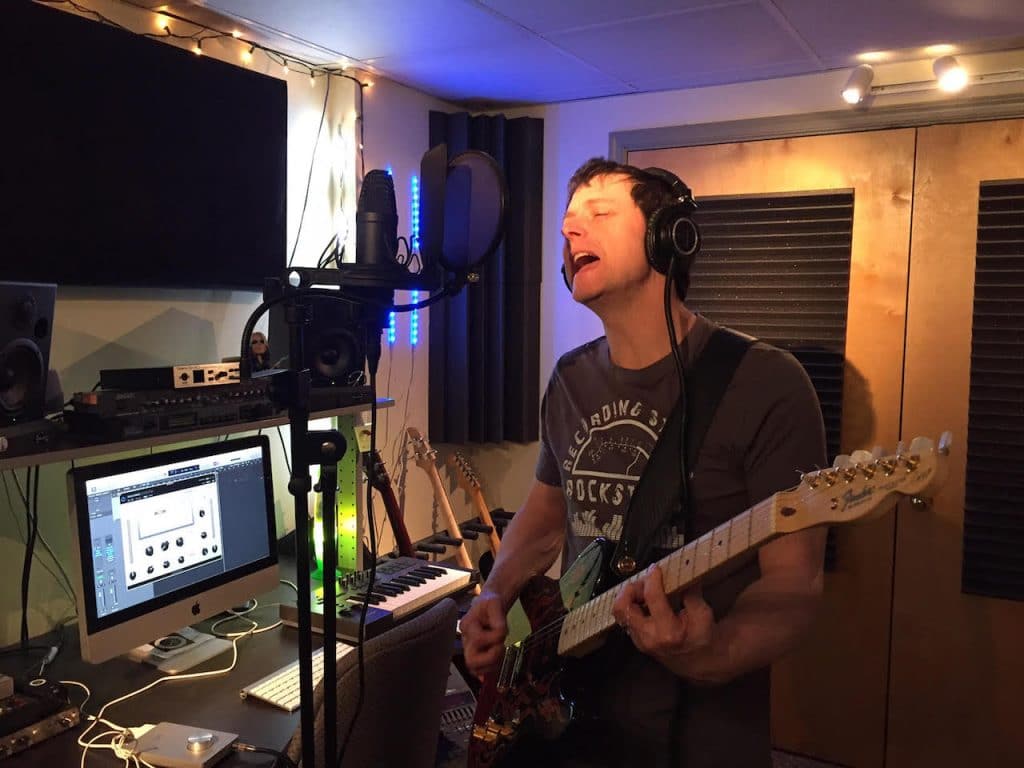 As submitted by artist: All Bob Gustafson – Song was written for my high school friend who recently passed. Mostly written and recorded in one long session where I really felt the guy’s presence. Tried to get a 70’s Hendrix type sound with Flanger, Reverse Guitars and cymbals.

“Psychedelic Brother” is a male vocal rock song done in its entirety by Bob in his home studio.

This month’s Spotlight is a rocking, spirited homage to one of Bob’s high school buddys who had passed away shortly prior to the track’s inception. In the spirit of the song’s title, Bob tells us in his production notes that sonically he was in a Jimi Hendrix state of mind while working on the recording, particularly in regards to some of the late sixties era processing that graces more than a few of the sound sources. Kicking things off with a flanger laced, full fisted drum fill composed and delivered via his Toontrack EZDrummer software, both the drum programming and the tone selection are aces throughout the track. The snare drum has a great “roomy” feel, while the kick drum has the muted thump that characterized the style at that time. Clicky, beater head dominant bass drums were still a ways away as we recall. Bob heads straight into a heavy guitar riff that calls to mind some of the band Steppenwolf’s golden years. The guitar tone ( likely his Gibson SG, a late 60’s stalwart ) is fuzzed in a perfect manner for the genre and the big bass tones add some serious muscle to the proceedings. With the rhythm section and guitars forming a tight platform for his nostalgic lyrics, Bob delivers a plaintive, full voice vocal performance here that lists many a music legend as he pays tribute to his friend. The “tape reverse” breakdown at the 1:40 mark adds a nice arrangement element, and kudos to Bob for keeping it succinct. Far too often we hear these types of sections overstay their welcome in a mix! Moving on, did we say we dug the great fuzz tone on the lead guitar? Well, we’ll say it again! Equally impressive was the fine use of wide panning on the vocals. Combined with the ubiquitous flanger, we are time machined back in a good way. Lastly, congrats to Bob for keeping his mix vibrant and visceral. Rock music of this era had an untamed nature that would give way to the “dead room, close mic’d“ singer/songwriter era in short order. Fortunately, it’s alive and well and in good hands here!

Bob hit the mark he was aiming for in a most successful fashion to our ears, have a fun trip down memory lane loyal listeners!

A fitting tribute to a friend!