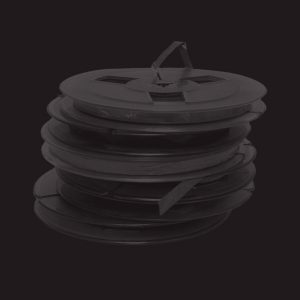 “Propaganda Man” is a male vocal rock song. Jack wrote the song and co-produced it along with Gary Tanin. Jack handled the recording duties, played the guitars and keyboards, and sang all the vocals. The drums were courtesy of Cecil Robbington.

Jack’s submission is an action-packed adventure. As my dear friend Lorenz Rychner (Playback Platinum Series Editor/Producer) used to say, this one is “chockablock” full of sound sources, changing textures, and surprises in its rhythms and arrangement. As for the actual recording, things are somewhat a mixed bag. Through our monitors, we find the bass guitar to be too dominant in the mix, while the vocals exhibit compression artifacts, particularly during the intro: these exacerbate Jack’s breathing technique, resulting in an annoying gasping sound. The vocal timbre and EQ appear to change at different points of the song—duller in the intro, brighter at around the forty-second mark, then reverting back to the more muffled sound in the chorus. The drums are also on the dull side, with a lack of discernible cymbals. On the plus side, we congratulate Jack for the excellent panning work on his ancillary sound sources. The interesting panning choices provide a lot of energy to the track from start to finish. We also dig the vocal performances here; the harmonies in particular are hand in glove tight throughout the recording.

LOTS going on here friends, ambitious indeed. As for tips, Jack has some great gear at hand, particularly on the vocal chain. While we are unsure of his exact choices, any of his vocal mics through the Grace preamp should have provided a crisper vocal tone than we are hearing. We guess that his compression settings may be robbing some of the top end while also raising the volume floor on his air intake. Given that, we would urge him to back off on the compressor a fair bit and adjust his vocal fluctuations via DAW automation. Regarding the rhythm section, we would love to hear more crack on the snare drum along with some cymbal work, and a volume reduction on the bass guitar to seat it with the kick drum.

All of the ingredients are there.