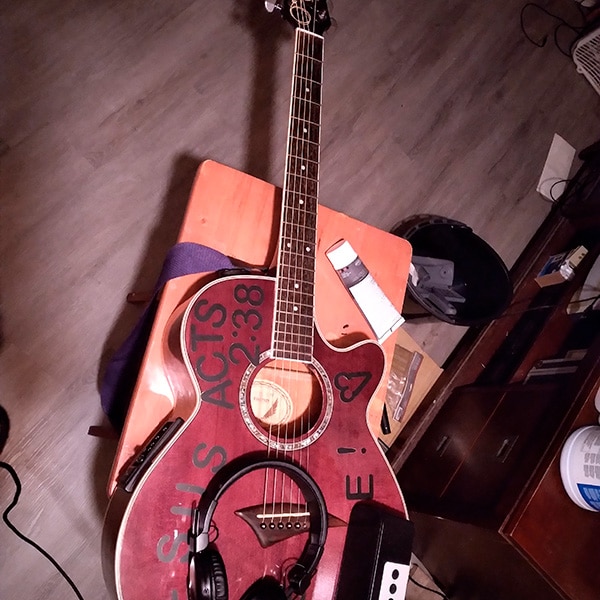 “Prayer” is an acoustic instrumental track.

In his production notes, Warren tells us that ’Prayer’ is a song that he’s had for quite some time and that he intended to leave it as a legacy recording for his daughter and grandchildren—the arts are wonderful in that capacity! While no one would confuse the recording for a commercial studio production, the fact that Warren tracked it on his smartphone software is still rather astounding, given that many of us cut our teeth on analog tape machines that cost tens of thousands of dollars, used tape that ran three hundred bucks per four songs, and took two people to carry!

Regarding the tones themselves, the guitars are definitely on the bright side of the spectrum through our monitors. Whether that was mic placement or something with the software EQ, we can’t say, but mixing to a very inexpensive set of headphones may have entered into the bargain as well.

Intent is 9/10 of the law they say, and as such, Warren has accomplished his goal here. We doubt that his loved ones will be analyzing frequencies when they listen to this song in years to come. That said, one of our primary missions at Readers’ Tracks is to encourage progress in all things recording. To that end, we would encourage Warren to experiment with mic placement on future songs. An inch here or there can make a substantial difference, particularly in the tone of an acoustic guitar. We would also advise the time-honored practice of A/B comparing mixes with other performances in the same genre. In this case, playing something on Spotify or YouTube and then comparing it to your phone-based tracks could be hugely beneficial.

May your family cherish it, Warren!