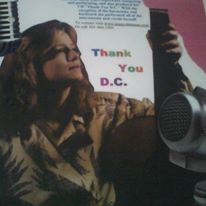 “Absent Alibi” is female vocal folk song. Margaret “Peg” Medlock wrote and performed the track. It was tracked and mixed by Mike Hesson at his studio.

Peg and Mike have delivered a well-recorded track that could use a bit of subtle rebalancing in our view. Reminiscent of very early Joni Mitchell (“Song To A Seagull”, “Clouds”), we found both the acoustic guitar and vocals to be well recorded for the most part. That said, there are a significant number of string squeaks present during chord changes, an artifact that troubles some folks and not others. It sounds to our ears like the acoustic guitar was pretty close-miked, which may have exaggerated this.

Our main concern here is the disparity in volume between the two sound sources. Through our monitors Peg’s impressive vocal performance was just a tad too strident in spots, causing an imbalance in the mix.

Sometimes it can be the most minimal instrumentation in a track that can cause the most concern. A bit of subtle parallel compression on the vocal would work well here to even things up. Notice we said “subtle”! Try experimenting on a remix and pull back at any sign of pumping or other artifacts.

As for the string noise, we have found that fresh strings in the studio can often be tricky business. Try playing them in at a gig or two prior to tracking—that may help take the edge off.