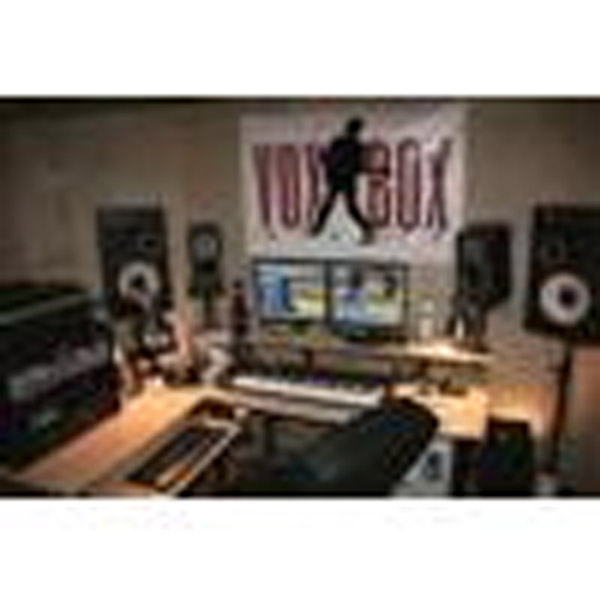 “Suitcase of Love” is a male vocal rock song, Kevin wrote, programmed, performed and recorded the track at his home studio.

Kevin has submitted a strong effort here that shines in many areas. That said, there are some masking issues and equalization disparities that need to be ironed out for the track to reach its full potential. First, though, let’s take a look at what is working in Kevin’s favor.

Starting from the ground up, we found that the simple but effective drum programming via the Toontrack Superior Drummer 2.0 software created a strong energetic platform for the additional instruments. The acoustic guitars supplied some subtle bulk in the mix, and Kevin did an excellent job with his backing vocal performance and blend.

On the flip side, we felt that the MIDI-generated piano sound had an abundance of low mid frequency, enough to all but obliterate the bass guitar in the mix. The piano’s center positioning was also problematic to our ears, considering the accented nature of the performance. We also found the tone of Kevin’s lead vocal to be excessively sharp on the high end through both our studio monitors and Grado Labs SR 325 reference headphones, diminishing a fine performance.

First of all, kudos to Kevin for the drum programming choices here. So often in one man/woman submissions, we hear drum programming that is quite unlike what an actual drummer might play. Incredible fills that can be accomplished only by some type of multi-limbed octopus type creature (insert drummer joke here!) are cool to conjure up, but we’ll take the “sensible shoes” approach any day!

As for suggestions, deciding the priority of a song’s sound sources is filed under the “arrangement” heading. Kevin’s drum programming would be that much more effective if it had a dance partner, and masking the bass with the low end of the piano deprives the track of this all-important team. We urge Kevin to trim back the volume on the piano, use a sweepable highpass filter to clear out the low frequencies that rightfully belong to the bass guitar, and pan the keys out away from the center of the stereo field. This should hopefully provide the bass guitar the presence it currently lacks.

Regarding the lead vocal, Kevin has a fine signal chain at his disposal here with his Neumann TLM 102 microphone and Universal Audio SOLO/610 mic pre. While we can’t be certain about the origin of the excessive brightness on the vocal, it could be that a condenser mic, even one with the Neumann name plate, is not a good fit for Kevin’s voice. If, on the other hand, the brightness was added during mixdown in order to make the vocal “pop”, we suggest that panning the guitars and piano away from the center of the mix would accomplish the task in a more organic fashion.