Kevin Hanna / The John Toms Dilemma – “When The Going Gets Tough” 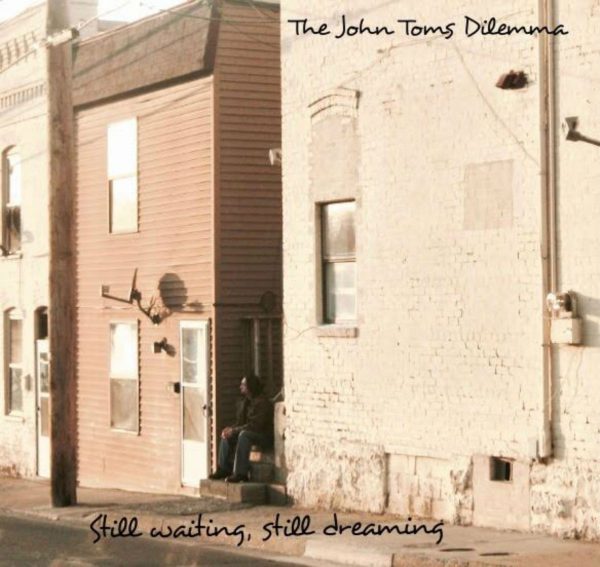 “When The Going Gets Tough” is a male vocal rock song done in its entirety by Kevin.

In his production notes Kevin tells us that his one man band effort was more from necessity than design. Given that, he has done a pretty solid job in sketching out his track here.

As with the majority of solo submissions we receive, folks usually have a primary instrument and fill in the rest as best they can. In Kevin’s case we imagine that the guitar is his number one, with bass and then drums filling out the order. Recorded on a modest Roland VS-2400 stand alone multitracker, Kevin has done a nice job keeping his vocals front and center. While we’ve heard better electric guitar tones in our time, Kevin’s crunchy rhythm and slightly psychedelic leads give an edge to the track that works well.

Moving on, it seemed that through our monitors the bass guitar was on the round and pillowy end of things and as such not well matched with the bright guitar and martial style drum kit. Speaking of the drums, they are obliviously not Kevin’s main instrument. That said, the part that he laid down captures the essence of where he wants the track to go, and in that regard they establish a great template for further exploration.

Kudos to Kevin for all of his work here. Wearing this many hats can often be frustrating and time-consuming. As far as suggestions go, we would encourage him to take a little of the harshness out of the electric guitars and try panning them out from center in order to open up the stereo field a tad.

Regarding the bass, we would suggest that a few dB increase somewhere in the 300-500 Hz range along with a bump at 1 kHz would add some needed punch to the performance. Lastly, without the aid of a primary drummer, things are likely to stay as they are. Employing a click track down the road may be a good compromise, moving forward until that day comes.