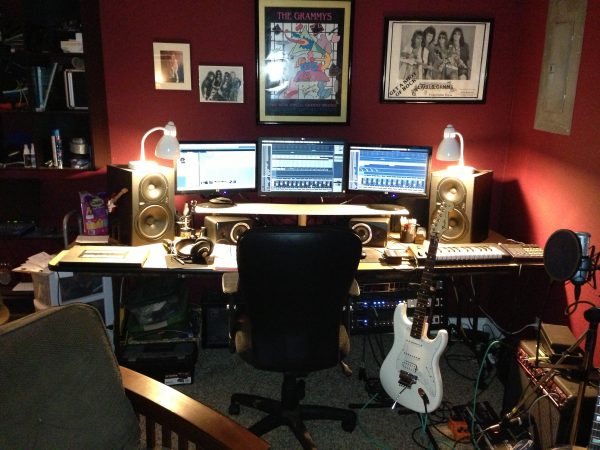 “Good Thing (Nod To Mott)” is a male vocal rock song. Joe did it all with the some help from his friend Craig Schechter on drums.

In his production notes Joe tells us that that “Good Thing” is a bit of an attempt to travel back in time and assume the character of an early-1970s Ian Hunter, the head honcho of the late great band Mott The Hoople. Kinda sci-fi, Joe, but we’ll play!

For the uninitiated, the mighty Mott were a group of English lads who were part of the glam rock scene around the time of David Bowie’s Ziggy Stardust period. In fact their one big smash hit was the Bowie-penned “All The Young Dudes”. Left to their own devices, their sound was much rawer, as evidenced by their other radio hit “All The Way to Memphis”. Picture the Faces with more glitter and a punk snarl. So how did things turn out? Let’s take a peek.

First of all, Joe is well aware that his track is in the demo stage and lets us know that straight up in his description of the recording. That said, to our ears he did a great job capturing the essence of the Mott sound/vibe. Lots of distant miked room ambience, rollicking barroom piano, big crunchy electric guitars, crashing cymbals, and most impressively, a pretty spot on approximation of Ian Hunter’s “spoken more than sung” upturned vocal style! Check, check and double check!

There is always a bit of danger in “trying on” someone else’s musical clothes, particularly when they are not a household name. Over the years we have heard many such attempts, although usually in the form of the Beatles, Stones, or Pink Floyd.

The fact that we share a “people of a certain age” category with Joe allowed us a historical perspective that may not have been guaranteed elsewhere. Given that, we got a tremendous kick out of “Good Thing”; the demo feel actually suits the style, and we suggest that any future attempts to “clean up” the recording maintain the edge that Joe and Craig have created.

Roll out those shades, Joe!