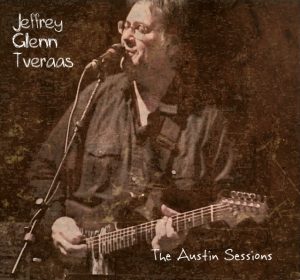 “All Our Dreams (1969)” is a male vocal rock song. Jeffrey did everything on the track.

A fantastic effort here by Jeffrey. In his production notes, he tells us that his intention was to create an homage to one of the iconic sounds of the 1960s, and being of what they now politely call “a certain age,” we are fairly confident he was talking about the music of the great Procol Harum. While we have heard many attempts at this type of thing here at Readers’ Tracks through the years, few have captured the essence of the genre this well.

Using a combination of live, programmed, and virtual/software-derived sound sources, Jeffrey creates a 1960s vibe to accompany the heartfelt lyrical content he has composed. The Native Instruments B4 does an admirable job of capturing the classic Gary Booker Hammond organ sound, and ditto the melodic electric bass guitar lines—superb!

The lead and backing vocals are cleanly tracked and present in the mix, no artifact or sibilance to be found. Jeffrey also did a great job with his electric guitar solo. The ripping performance is a cool combination of blues and psychedelic styles, with a raw but controlled tone that really energizes the song. In the end, the only real quibble is the drum track, which had a rather compressed feel though our monitors. Short of that, “All Our Dreams (1969)” would be headed for our SPOTLIGHT section!

Hats off to Jeffrey for a job well done. If possible, we would suggest he revisit his mix and pull back on the drum compression. In our opinion, it’s just a tad too squashed in comparison to the other sound sources.