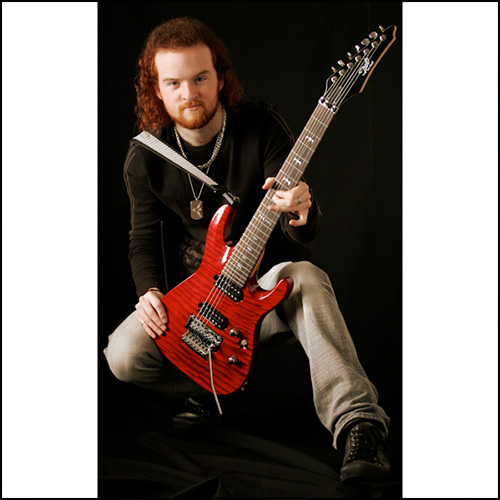 “Lucky 13” is a one-man-band blues instrumental track, “written, arranged, performed, and mixed under an hour.”

Jamie has submitted a short but sweet track that is ideally constructed and arranged to show off his topnotch playing skills. Utilizing some well chosen and executed drum, bass, and organ sounds from his IK Multimedia SampleTank software, the music bed is tight and funky. The real star of the show, however, is Jamie’s bigtime guitar chops. The man simply owns the fretboard here, and fortunately the tones match the quality of the playing. We love the sustained Carlos Santana-meets-Mark Knopfler runs at the song’s outset, and thumbs up to Jamie for flipping to that bridge pickup tone for his fiery subsequent solos! Nice. In his production notes, Jamie tells us that he ran the guitar through a BOSS BR-1600 multitracker for his effects. That’s a cool use of an extra piece of gear, and quite effective to our way of of thinking. Our only quibble is the rather abrupt ending to the track with the major seventh-ish chord, but maybe that was us just being selfish for wanting more guitar solos!

As you can tell, we were pretty darn impressed with “Lucky 13”. Solid arrangement, monster chops, what’s not to like? As for suggestions, well, we’d love to hear a few live players bringing even more energy behind Jamie’s obvious talents. Short of that, we dig it!