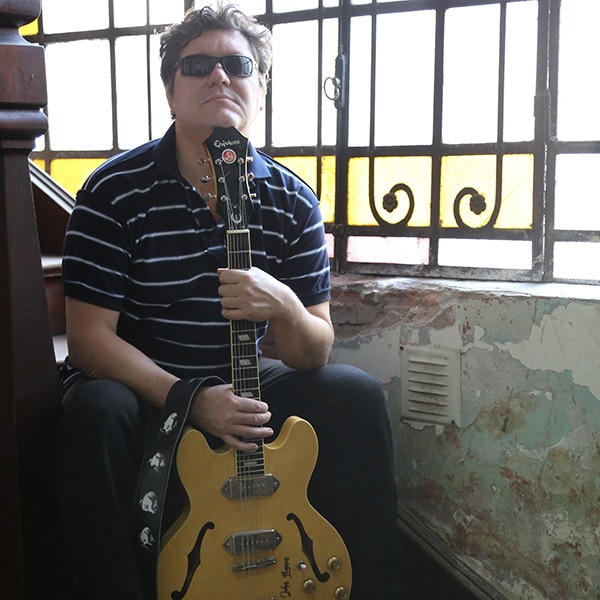 Marcelo has submitted a slow rock song that comes across as a tad disjointed in spots due to some curious instrumental timing and balance issues. He informed us that both the bass and keyboards were done remotely and sent to him as MIDI files—these sound sources are not the cause for concern. Instead, the problem is a series of stuttering percussion parts that are throwing the track into disarray, particularly during the intro and the first verse. The timing issues are impossible to ignore. We see no mention of percussion on his gear list, only the mics used to record the drums, and the drums actually sound programmed rather than performed, at least until the 2:20 mark where we finally hear a discernible kick and snare pattern. As for the remaining sound sources, the keyboards sound great, and the acoustic bass even more so. We love the full spectrum of the bass capture, from the slight high-end string buzz to the rich, full bottom; it’s is a standout in the mix. The vocals were recorded and presented without artifact, and the strings were well constructed, albeit a tad hot through our speakers.

We strongly urge Marcelo to lose the percussion parts in the track—in our opinion, they do far more harm than good. Beyond that, we suggest dropping the string volume down a bit so that it doesn’t compete with the keyboards for space in the mix.