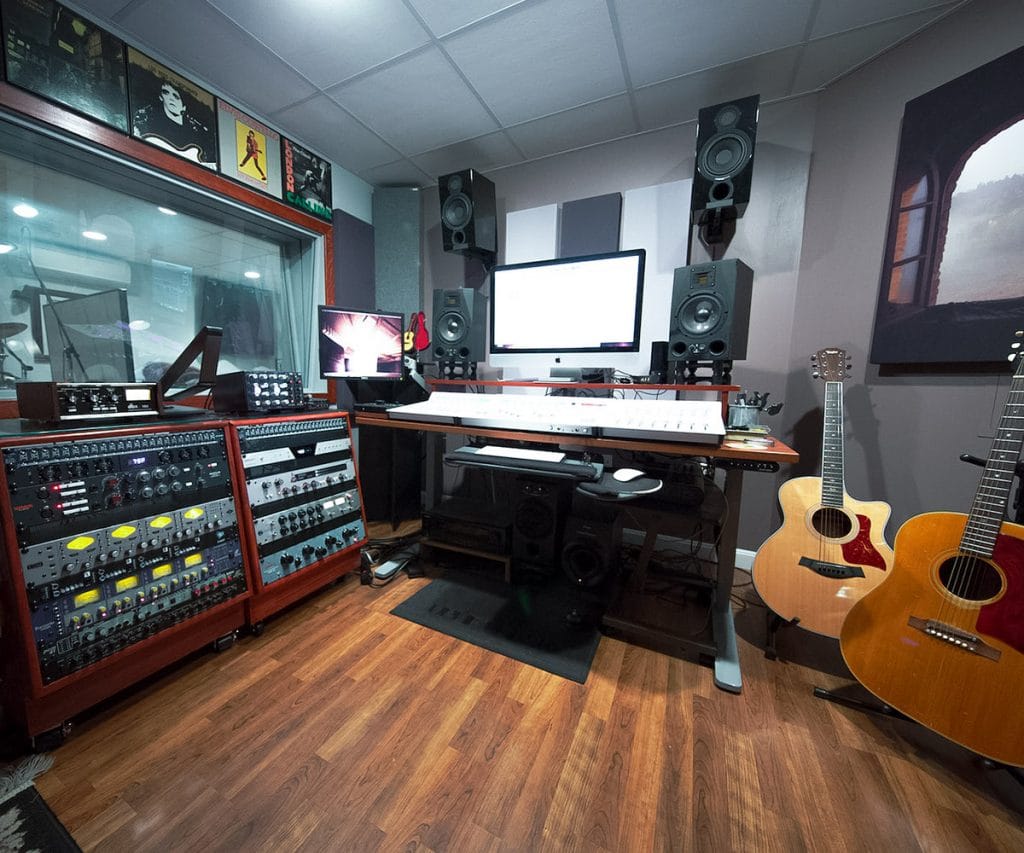 This month’s Spotlight is a superb singer/songwriter track with a big time sound thanks to some outstanding performances, tones and recording skills. Lou has amassed some impressive gear at his home studio, and that quality shows throughout. Starting from the bottom up the rhythm section impressed us with its genre fitting presentation. Jesse and Jay show great taste and restraint in their playing, helping to keep the arrangement tightly focused. The old adage “playing to the song” is in full view here,  and Lou has done an equally fine job on the tones and balances. The kick drum is round and dark in a good way, and we really dug the room sound from the Neumann U87/ Warm Audio 73 mic pre combination. Moving on, the acoustic guitar is beautifully presented, as are the strings. In his production notes Lou tells us that the strings were outsourced to Russia, ( and the more than capable hands of Maria Gregorva ) and they are tremendous in our opinion. The delicate and sympathetic arrangement shines bright, as do the exemplary string tones, and Lou has once again used them deftly in his mix. Kudos as well to Vicki for her subtle piano work, again in service to the song! As for the vocals, the vocal chain (U-87, Warm Audio 73 Neve style, Summit Audio Compressor )  married quite nicely to Amanda’s great vocals. Equal measures of intimacy and power in the performance really drove home the emotion of the lyrics to our ears. Lastly, while there was certainly a treasure trove of sweet gear and A plus playing/ singing here, without Lou’s tracking and mixing talent the results would certainly not be guaranteed. Having a fast car doesn’t make you a race car driver friends, we’ve certainly heard submissions over the years with equally nice equipment that didn’t measure up to “Gallows”. Congrats to Lou for his steady hand, a place for everything and everything in its place!

You’ve heard the phrase “all in”? Well that’s exactly what we have here loyal readers. From the composition/arrangement to the performances and recording and mastering this was a serious effort with serious results. For lovers of the genre, “Gallows” is as good a singer/songwriter project as we’ve heard during our long tenure at Recording. Take a close listen, we are sure you’ll agree.