Home » readers tracks » Readers’ Tracks » Everything with you 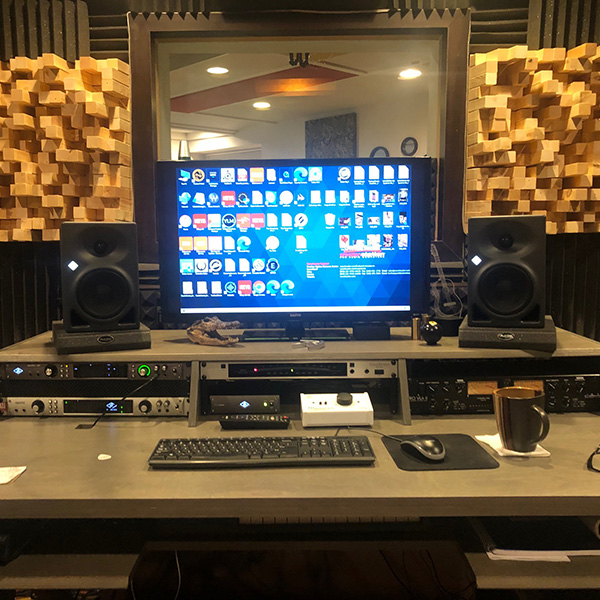 “Everything with you” is a male vocal rock song, and Chad was the one-person operation here.

Chad submitted a nice composition inspired by his wife. Done stem to stern in his home studio, he relates that usually his productions don’t sound like this (no further elaboration), but that he let the song take him “where it wanted to go.”

“Everything With You” is a perfect example of a well-constructed demo recording, meaning that all the elements are present and arranged in such a way as to serve as a top-notch guideline for the future. While several aspects of the track are great as is, we could envision others, primarily the rhythm section, being improved upon.

We are impressed by Chad’s strong vocals, recorded through a Warm Audio WA-87 into the Shelford Channel and/or Chandler Limited TG mic pre—a sweet signal chain. The acoustic guitar was also well recorded, although a tad loud in the mix. The minimal keyboard parts add some atmosphere to the track and serve as an excellent guide in the arrangement.

As for the drums, since no source of their origin was supplied in the equipment list, we assume that Chad programmed them. While the basic part was sufficient to get the idea across, we found the tones, particularly the tom’s, to be boxy and in need of some ambiance. Regarding the bass, the super stripped-down whole-note approach left us longing for some energy and movement from the instrument. Lastly, the entire mix seemed tilted towards the mid and upper frequencies, with little low-end presence for balance.

As we have long professed, the term demo is not a pejorative here. Instead, it touches on the reality that most of us, particularly in the one-person operation realm, are rarely adept in all phases of our mission. Most of us are usually accomplished at a primary instrument and less with secondary and tertiary ones. Add in producing, arranging, tracking, mixing, and well … it’s a lot.

That said, Chad is undoubtedly on the right track here. As for suggestions, we would start by replaying the bass and giving the performance a little more zest. We’d also love to hear a bit more space applied to the drums, nothing too crazy, but enough to take the “blanket” off. Next, decreasing the acoustic guitar volume would keep it from competing with the lead vocal. Finally, in mastering, take care not to rob the mix of too much low-end presence. Whether this was monitor or room acoustic related, without sufficient low-end, the mix will remain top heavy.