David Howe / The MAD Project – “Hurry Up And Wait” 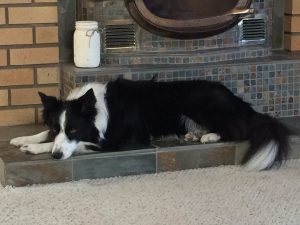 “Hurry Up and Wait” is a female vocal rock song. The song was written by Mike DelFava, Angela Alvarado, and David Howe. Mike played guitar, Angela sang the vocals, and David handled guitar, bass, and keyboards, along with programming and all of the recording chores.

This is a fantastic effort by all concerned; shy of a few balance concerns, one that’s worthy of our SPOTLIGHT e-newsletter. With a sound that harks back to the punky/New Wave style of Blondie, David, and friends have presented a catchy, tightly arranged track that boasts great clarity and energy.

Angela’s vocals are perfectly executed and recorded, without a tace of sibilance or other artifact, and presented appropriately center-stage. The bright electric guitars give the track an edgy quality, in keeping with the genre, and their slight panning leaves plenty of room for the rhythm section in the stereo field.

Unfortunately it’s with the rhythm section that things begin to lose their balance a bit. While David has done a tidy job with his drum programming, through our monitors and headphones their low volume level (particularly in relationship to the robust bass guitar) leads to a top-heavy mix that lacks the drive and muscle to take things to a higher level.

Let’s start by congratulating all involved here. “Hurry Up and Wait” is a fine effort from the writing on down.

As for the drum balance, experience suggests that this was likely by design rather than accident; this wouldn’t be the first time we have heard a programmed drum section “tucked back” into a mix to somewhat disguise its machine origin.

If our hunch is correct, we suggest that David reconsider his decision and raise the volume of his kit up to “real drum” levels. Millions of records have sold by groups using programmed drums, including several of The Cars’ biggest hits of the same era, but those mixes were balanced and unapologetic. In our opinion, yours deserves the same treatment.

“Give the drummer some”!