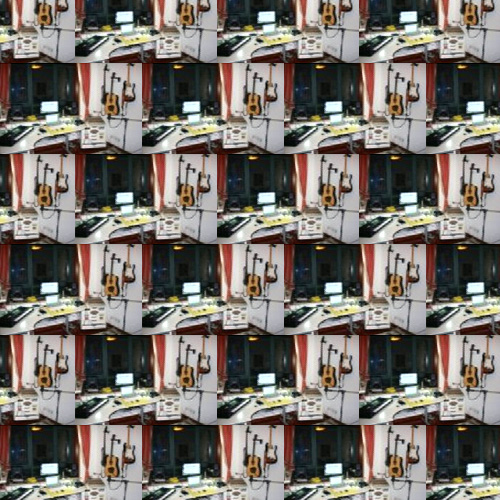 “A Different Kinda Perfect” is a male vocal rock song done in its entirety by Dave at his home studio. “It’s all just me…”

Quite the ambitious effort here from Dave, with plenty to look at. Let’s dig in! First of all, there are a whole lot of sound sources and different frequencies at play. The track intros with some loose tambourine followed by chimes that travel from far right to far left in the stereo field. The rhythm section, comprised of a Yamaha bass and Roland V-Drums combo, offers somewhat mixed results to our ears. While we liked the pop of the snare, the kick and bass guitar came across a tad muddy through our monitors. This dusky vibe was compounded by what seemed to be a sub-frequency tom sound on the first beat of every second measure during much the track, which seemed to mask much of the rhythm section in spots. On the flip side, we found the lead vocal to be rather thin and distant in the mix. In our experience, Dave’s Audio-Technica AT4040 mic is not nearly as hyped in the high end as many modern-day condenser mics, and we can only surmise that the vocal placement was intentional. The remaining sound sources were again a mixed bag. The sitar-ish electric guitar was a great concept, and the backing vocals were generally successful in our opinion. We also have to give Dave props for his panning on the track; he managed to give the mix a good deal of energy with his panning choices, something we don’t hear every day at Readers’ Tracks.

In his production notes, Dave tells us the the final ingredient in his production was lots and lots of time, and we believe him. The panning and arrangement choices alone would dictate that to be the case. As for suggestions, we would urge Dave to re-examine his mix stylistically. Placement and ambience are often signatures of certain musical genres. Some genres, such as new age (think Enya here), exhibit a sonic blend where no single sound source dominates the mix. Country music, on the other hand, has traditionally been a vocal-forward style where the lyric predominates. In a traditional rock setting like the one on this song, we would encourage Dave to add more beater head sound to his kick drum, more definition to the bass guitar, and consider losing the sub tom. At that point we would lower the tambourine and chime volumes, while raising the level of the electric guitar and lead vocal. No matter what style Dave ultimately lands on, A/Bing commercial releases in the same genre is an invaluable part of the recording process, and a good practice for all of us!

Lots of great material to work with! Just balance it out…