Home » News » For Grammy Winning Producer / Engineer Tony Maserati,  Flock Audio PATCH is a ‘Gamechanger’
Los Angeles, CA, August 24, 2021 – On learning about Flock Audio’s PATCH at the 2020 NAMM Show last year, Grammy Award winning producer / engineer Tony Maserati (Gwen Stefani, Andra Day, Selena Gomez, Danna Paola), immediately saw the potential of a digitally controlled analog patchbay that alleviates the need for physical patching, while an offering intelligent, UI-based workflow. “Once I learned that Flock Audio’s system had a fully analog signal path but is digitally controlled by the computer, I was immediately sold,” he recalls. Since then, he and his team have acquired two PATCH units — both of which are used each day in his mix sessions.For Maserati, who bounces between as many as five in progress or song starts per day, PATCH helps him instantly recall the specific signal chains used on each song: “When I open my session in Pro Tools, as long as I’ve loaded it into my PATCH APP, my recall will be seamless. I never have to touch a patchbay or rewire,” he says. This set up increases the flexibility of his workflow, while ensuring his signal chains are properly organized, says Maserati: “I never have to worry. The setup in PATCH APP has the same song-file name as the Pro-Tools ptx file. It all immediately comes up, and all I have to set is the outboard gear. I don’t compromise sonic quality nor do I spend more than a few mins resetting any song recall within my hybrid mix system.”

PATCH has also allowed Maserati to increase the amount of hardware he is able to use, while working within the limitations of his 32-channel audio interface. “And the big benefit is I’ve added more cool analogue gear to my set up, because Flock Audio PATCH means there’s no permanent chain.  I can create new chains with different gear, for every song!  My 32 hardware inserts, gets multiplied by the number of ‘points’ I have on my Flock PATCH network.  The more PATCH ‘bays’ I have the more gear I can incorporate.  Genius!” 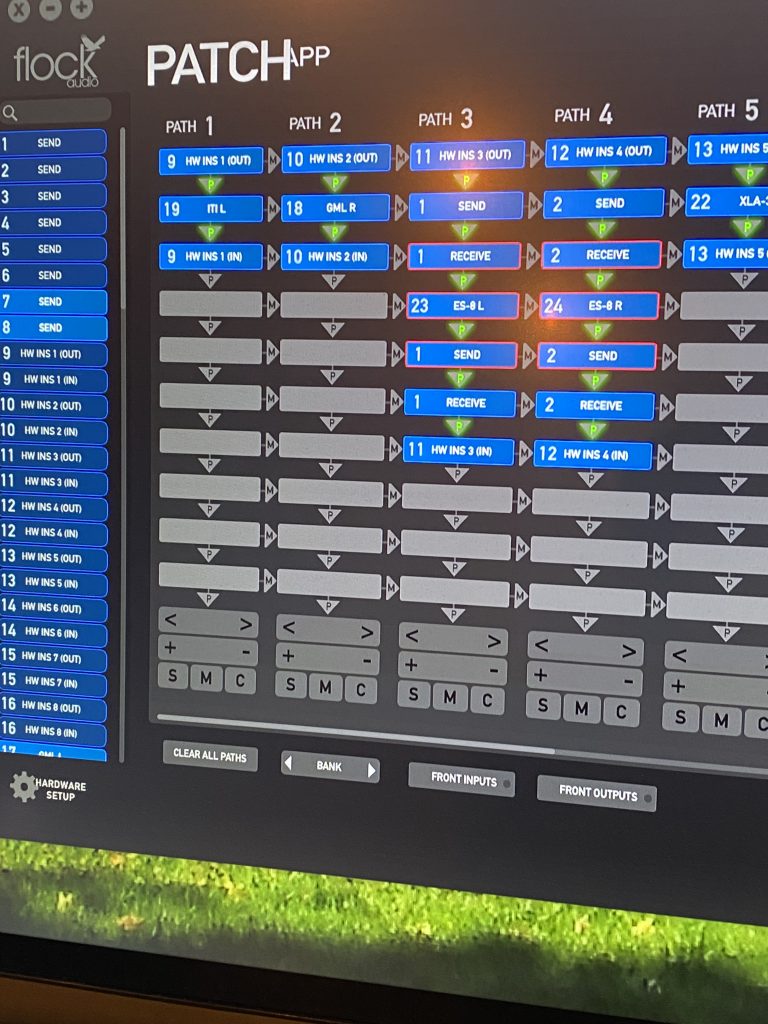 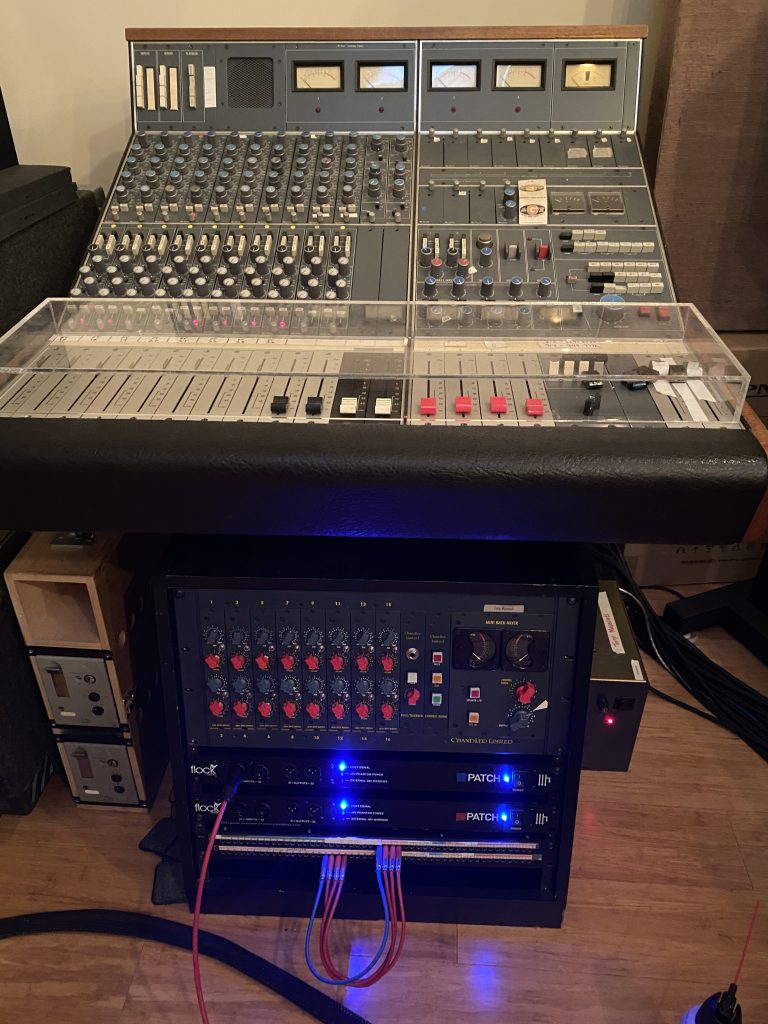 While Flock Audio’s PATCH has been a welcome addition within Maserati’s workflow, it has also fostered improvements to his equipment infrastructure: “It is a game changer,” he enthuses. “For one thing, it has allowed me to get rid of two 96-point patchbays, while enabling me to add equipment without acquiring more traditional patchbays.”

Like many others, Maserati is eagerly awaiting the forthcoming PATCH XT, which will feature no less than 192 patch points in a rugged 3U package. “The PATCH XT will enable me to get rid of all my analog patchbays, except for the bay I use for my Neve sidecar which I may eventually get rid of as well,” he says. “This way, all of my gear — including keyboards, preamps, EQs and everything else — will be on the PATCH system.

Since his current DAW limits his interface expansion beyond 32 channels and he didn’t want to have to purchase another interface, the addition of PATCH has ushered in a palette of routing possibilities. “I only had those 32 hardware inserts, but PATCH allows me to access more gear and I can route everything within the PATCH APP. So now I can use a piece of gear that maybe I haven’t used in several years, just because I just didn’t have a way to patch it,” Maserati says.

“With the Flock, I can now get away with having one interface,” he continues. “With PATCH, users can save money by not having to have another interface, while still retaining all of that patchability and equipment within their existing system.

Maserati’s equipment infrastructure is extremely high quality, and he says the PATCH system’s fits in seamlessly and transparently: “We integrated Neve EQs from a Neve rack, Chandler hardware including a Zener limiter and Curve Bender, Pendulum compressors and limiters, D.W. Fearn stuff and plenty of other gear. This is all extremely high-quality gear going through the PATCH and it all sounds perfect.”

Finally, while traditional patchbays require an ongoing routine of removing dust and cleaning patch points, all the routing on PATCH occurs internally and is software controlled. “In the past, you would have to clean the patch points and give the patchbay sonic bath every couple of years. We don’t have to do any of that anymore, and this kind of maintenance is no longer required,” observes Maserati.

If there is one standout benefit to Maserati since he has been using PATCH, it is organization: “Flock Audio has presents a modernization of an analog system that gives me greater flexibility and a complete digital cataloging of all my projects — by song and by equipment. The power of this kind of cataloging alone is scary. The PATCH system is super cool, and there are just too many good things about it to mention.”

Flock Audio Inc. is a pro audio manufacturer based in Kelowna, Canada, founded in 2017. The company is best known for its PATCH System Series, which is a Digitally controlled, 100% Analog Patch bay routing solution for professional audio environments. For more information on Flock Audio and its products, please visit the company website at http://www.flockaudio.com.