November 2, 2020, Fort Wayne, IN – For more than five decades, bass legend Bootsy Collins has defined the sound and style of funk bass-playing with his signature blend of fretboard wizardry, genre-hopping exploration, and a singular dedication to the groove. All of these elements and more came into play when the maestro began assembling his latest album The Power of One – a tour-de-force of his singular style that explores every corner of his unique musical artistry and includes guest spots from bassists Larry Graham and Victor Wooten, jazz guitarist George Benson, rapper Snoop Dogg, and many more. In order to give the album’s diverse array of music and talent the unified feel that was central to its themes of ‘Oneness’, Collins teamed up with Sweetwater Studios and Mastering Engineer Ken Love for the proper finishing touches. 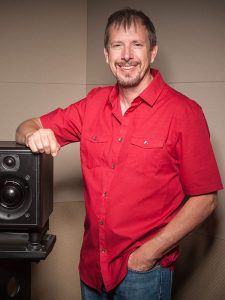 Love has been Sweetwater Studios’ mastering engineer since 2014 and has helmed a wide range of projects in every style of music. A fan of Collins’ work since the early 1980s, he was excited when the call came to work on The Power of One. “I’ve been listening to Bootsy’s music since 1981, and there’s just this joy and energy that’s always stayed with me,” he said. “He’s absolutely informed my understanding of funk, hip-hop, dance music, and fusion, so I was thrilled to get a chance to work with him on his latest material.”

When he took on the project of mastering The Power of One, Love knew that his role would involve the important balancing act of realizing Collins’ creative goals on the project while ensuring that the album would sit comfortably within his sizeable discography. “Bootsy has a body of work that is absolutely legendary as well as a performance identity that is wholly his artistic creation,” Love explained. “These two things are inseparable, and to respect them – as well as the totality of his art – was foremost in my mind when we started working on The Power of One. My job was to bring that art forward and approach his new material in ways that are honest to him.”

The various elements of The Power of One came together from multiple sources. While live tracking was done at Sweetwater Studios in Fort Wayne as well as Collins’ private Boot-Cave Studios, much of the overdubbing and cameo appearances were recorded remotely amidst the COVID-19 lockdowns. Love worked to ensure that all of these elements fit together seamlessly across the entire album. “The low end was incredibly important to Bootsy throughout the album,” Love said. “Since the record came from multiple sources, it was necessary to create some consistency so that the album would hang together as a unified work.”

At the same time however — given the variety of guest bass players on the tracks — it was also important for Love to ensure that said consistency didn’t sacrifice the individuality that these players brought to the project. He focused on preserving the album’s rich dynamic character and giving all of the tracks energy. “Some of these bass players come from a hip-hop sensibility, others from classic funk, so to try to jam all of these players into the same template would destroy the individuality of their styles and sounds,” Love said. “By keeping those dynamics alive from song to song while keep the midrange energy consistent, it was easier to tie the record together while still keeping that vital variety alive.”

Midrange was also a crucial callback to Collins’ roots on vinyl records. Due to the low-end limitations of the format, much of the punch in his signature bass sound was firmly in the low midrange and maintaining some of that feel on The Power of One was also important. “The sound of vinyl from that age is as much a part of Bootsy’s sonic legacy as anything,” Love said.  “The stereo separation on vinyl is very poor below 1000hz. Bass frequencies are played back with more mono character and that makes the low end seem a lot punchier. Part of the working process here was making sure we still kept that regardless of the formats we’re currently working in.”

Tools of the trade

Love used a variety of precision tools to get the job done. He works at a 96khz/64-bit sample rate in Wavelab for the highest possible fidelity and control and uses ATC45 monitors with a subwoofer system to ensure that none of the finer details of his work get lost in the process. “I’m really particular about the processing that I use because I want to maintain digital precision from the beginning to the end of the signal chain,” he said. “I work in digital, but I’m able to get sounds that are so close to analog now that it’s hard to tell the difference.”

As part of that analog sound and feel, Love utilizes the Nugen Intersample Limiter to control distortion on the final playback – giving the album the warmth and fatness required without sacrificing any detail. “People intuitively understand the importance of analog distortion to having a fat sound, it’s something you can feel while you listen,” he explained. “Controlling the playback peaks was exactly what I needed for this because it gave Bootsy and his engineers the punch that they were looking for.”

Although his methods are certainly discernable to the trained ear, Love is quick to point out that his work is ultimately part of a whole and is simply about getting his projects to where they were always supposed to go. For the The Power of One, it was preserving what was great about Bootsy Collins’ music all along, while helping to bring his newest vision to life. “You’re really trying to convey through the playback experience exactly what the artist’s vision is,” he said. “For Bootsy, his whole artistry just has a joyful energy and creativity. If you’re hearing that, then I’ve done my job.”

Collins was pleased with the end results, citing Sweetwater Studio’s ‘family feel’ as a big part of why the collaboration worked. “I really want to give a big shoutout to the team at Sweetwater Studios, because they made myself and the artists that I brought in feel like part of the family,” he said. “After working together on The Power of One, I feel like we’ve got a great future ahead of us in new projects and productions.”

The Power of One is out on Bootzilla Records/Sweetwater Studios on October 23, 2020. Hear the album on Spotify here.