Out with the Old: Mojave Audio Adds to the Color Palette of Recordings Created During Quarantine

Home » News » Out with the Old: Mojave Audio Adds to the Color Palette of Recordings Created During Quarantine

After an aesthetic update to it’s entire mic line last June, Mojave Audio looks back on a booming year for the at-home recording market with a look back at how musicians used Mojave mics

Los Angeles, January 22, 2021 — At the end of a NAMM Show unlike any the pro audio and MI industries has ever seen, California-based microphone manufacturer Mojave Audio continues to give recording artists and engineers a new way to look at their mics. After selling off the last of its formerly all-black line of condenser microphones during the first half of 2020, the line was replaced by new, color-coordinated variations, which feature different combinations of colored logomarks and head greilles.

More than an aesthetic update, the new multicolored line of Mojave condenser microphones provide a visual system for engineers to match the microphone to the application. Polar patterns of the microphones are now distinguishable by either a matte head grille — which corresponds to fixed cardioid pattern — or a chrome grill — which corresponds to a multi-polar pattern design that can be changed by the user.

“We couldn’t make them sound any better, so we made them look better,” said Dusty Wakeman, President of Mojave Audio. “The visual design of our microphones evolved organically over the years, but we soon realized that it was becoming difficult to tell our mics apart. Now, there are clear visual cues so the user knows whether he or she is working with a tube or a solid state microphone, for example. We haven’t changed anything inside.”

Each Mojave microphone — including the Mojave MA-1000 Signature Series which features a 251-style capsule in classic Desert Sand — was designed by Technical GRAMMY–award winning microphone designer David Royer. The MA-50 is the only Mojave microphone that will retain the black exterior — but will now include a black head-grill. 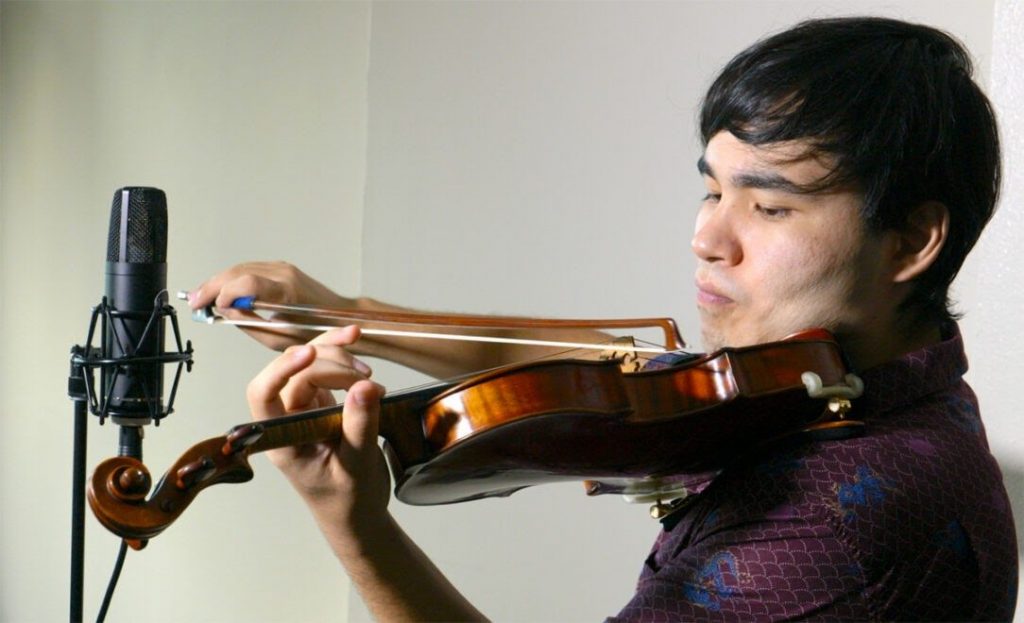 “I knew that microphones designed by David Royer have a sound that I really love for strings. But, I also knew that we would need something that would work really well for lessons, as well as for recording performances, and general recording.

“We were very lucky that Mojave was able to come up with all the microphones that we needed in order to be able to send one to all the kids [who attended the Perlman Music Program’s summer session 2020 remotely]. In this time especially, having the highest quality sound possible is really important, because it changes the experience of instructing students so much.

“There are so many things about in-person lessons that you can’t replace at all. But there’s still a lot you can get from doing it online. Being able to work with really great microphones and equipment really helps the process of online instruction. I think Royer-designed microphones generally have a little bit more warmth than a lot of other microphones. And, they’re great for strings, because they let you hear a lot more of what the student playing is doing.” 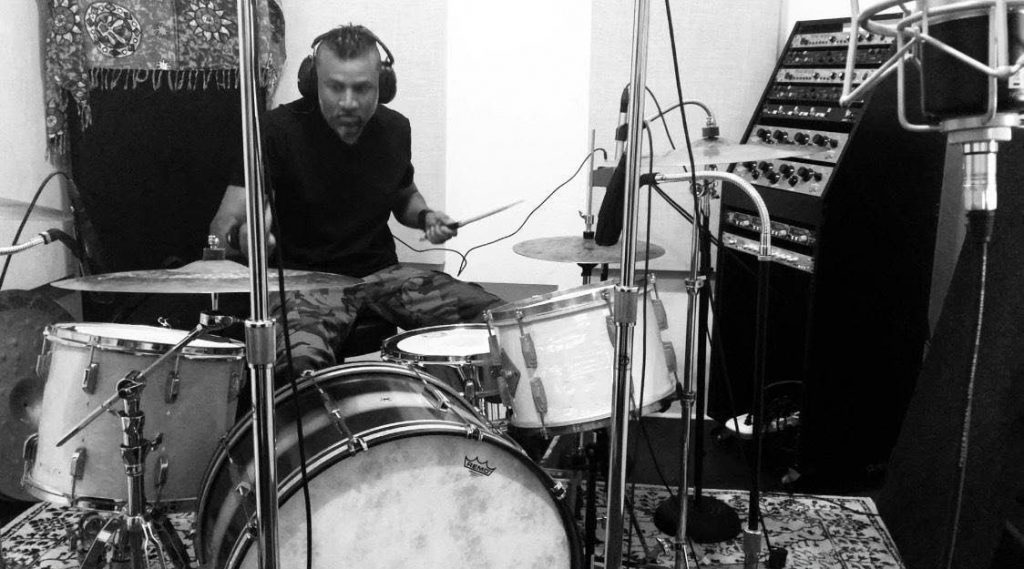 “The MA-200s were the first Mojave microphones I was introduced to, and I like the simplicity of them, since they don’t have all different polar patterns, high-pass filters and pads you get with the MA-300. They provide the gritty, ‘fat’ mid-range that I prefer hearing in most instruments — not just drums. In the Glynn Johns configuration, it’s amazing how full and how much low- to mid-range you can get with MA-200, while keeping the top-end crisp and tight, without it being harsh.” 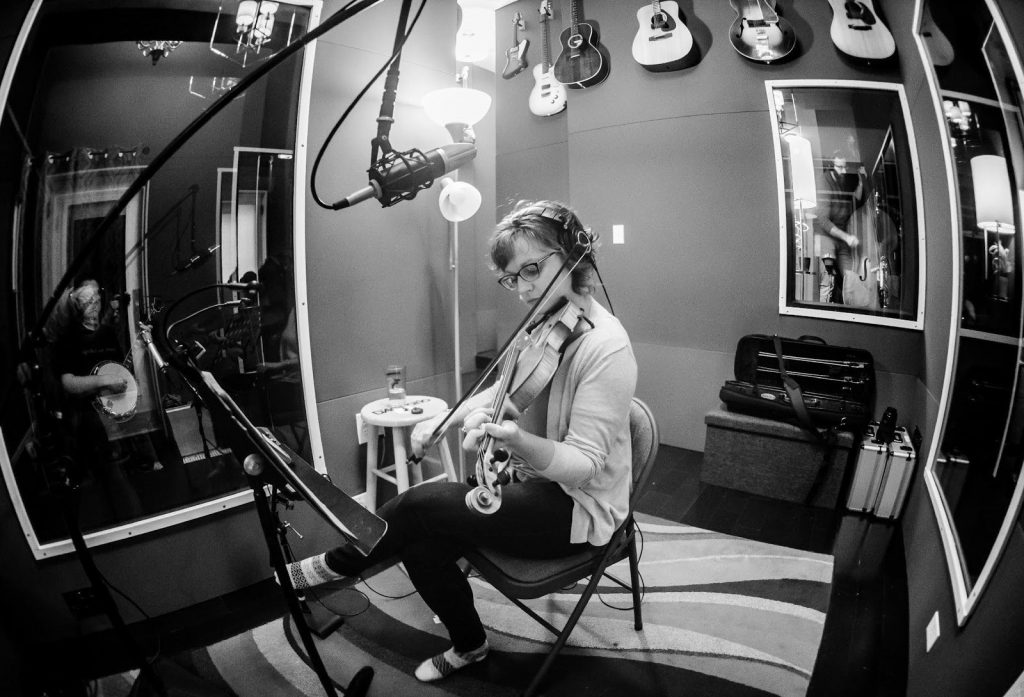 “Acoustic fiddle is it’s own thing where you want it to cut and be bright like a fiddle is, but you don’t want it to rip your face off. Sometimes fiddles can do that. The MA-200’s have enough warmth to them that they kind of smooth out some of the offending frequencies in a fiddle, but they give you enough of all of that, a nice representation of what you’re getting, if you move it around enough you can get a nice flattering thing on a fiddle.” 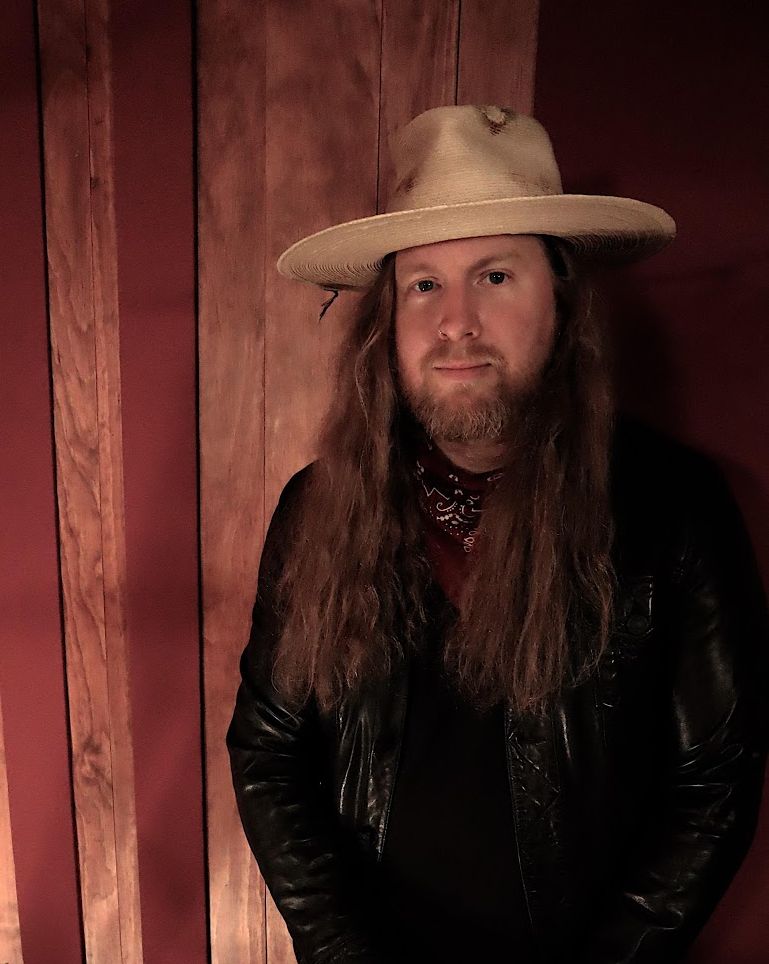 “I started building out my own studio in December with a vision. I did loads of research, because, until a few months ago, I had never engineered anything in my life. So, I did a lot of listening to ‘shoot-outs’ between different mics and asking a lot of questions. With the MA-300, I get the best sound representation from my overhead — they’re juicy, clear, warm and detailed. Plus, with the different polar patterns, they’re really versatile. So if I want to put some ribbon mics up for a different vibe, I can still put the MA-300 in the room somewhere set to omni, and they’re a great addition.”

“When we first put the MA-301 on the cab and it was one of those moments for everyone in the room, where we had expected it to be a great emulation of it’s ancestor — but, it was almost a sad moment when we realized the MA-301 blew the original out of the water. The 301 sounded like this huge glorious representation of the original, and there really was no reason to look any further. The MA-301 eventually made its way onto Pertrucci’s cabinets on the road as I began touring with them and brought some of the studio approaches to capturing Dream Theater with me.” 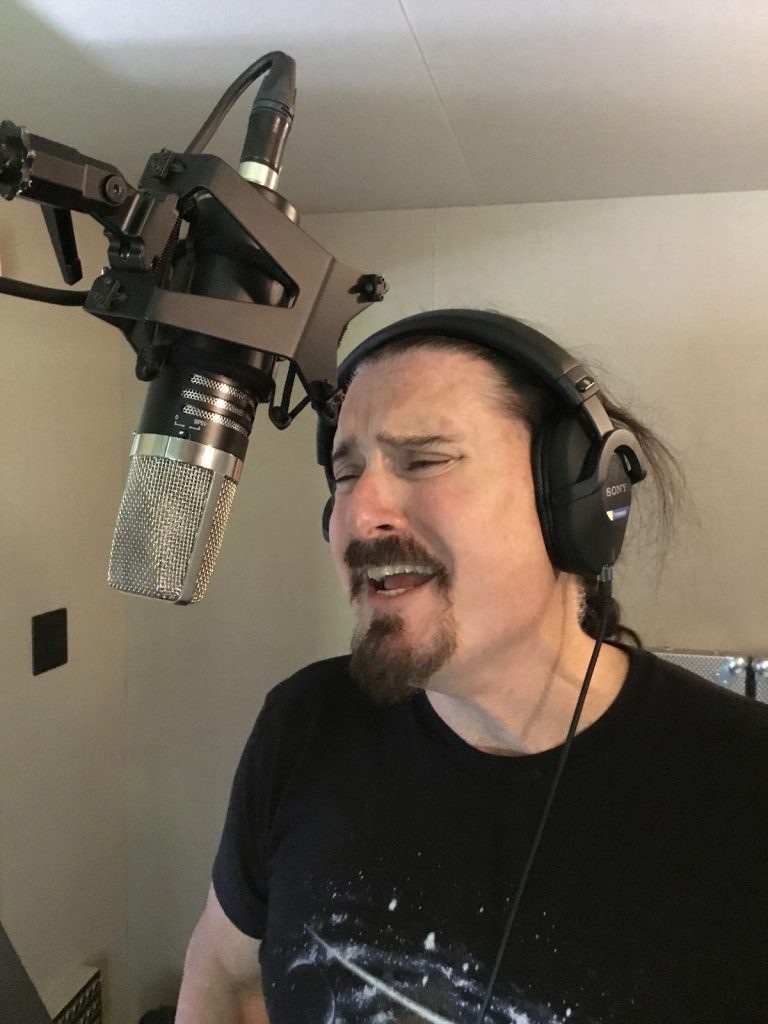 “It’s such a brilliant mic” said singer James Labrie. “The response to the natural organic acoustics is unparalleled.”