McCowin and Wood’s met through serendipitous circumstances when Wood – the former director of logistics at Intellectual Technologies, Inc. (ITI) – discovered that he had a Grammy Award-winning vocalist working in his warehouse. The two men quickly bonded over their shared love of music. “I heard him singing to himself while he was working and immediately thought, ‘What is he doing here!?’” Wood explained. “I knew he was the real deal, so I invited him to jam on some songs that I had written. There was no way I was going to let him stay in the warehouse.”

McCowin, as a background vocalist who only occasionally took the lead for the “Clouds”, was always looking for strong, fulfilling material to move on to the next level. Upon hearing Wood’s songs, he knew that he’d found what he was looking for and immediately suggested that the two find a way to record them. “I’d never given up on singing, but I felt career-wise I was just done,” McCowin said. “When I heard Kevin’s songs and saw how we both felt playing them together, a lightbulb definitely went off. I knew this could really be something.”

McCowin and Wood had both been in touch with Sweetwater Studios prior to joining forces, so it was the natural choice when they decided to record an album of the material they were working on. Although McCowin had been aware of the studio’s wider reputation, it was ultimately the ‘neighborhood’ feel that made him decide it was the place to make his mark. “I’d known about it long before I lived in town,” McCowin said. “What impressed me though was that we were able to walk in – right off the street – and talk to [Sweetwater Studios Manager] Thad Tedgtmeyer about the project. He immediately saw what we were trying to achieve and put us in touch with Phil and Mark. From there, the project developed very quickly.”

McCowin and Wood quickly developed a rapport with Producer Naish, who worked with them to arrange the material for the Sweetwater session musicians. Although Wood had come into the project with demos of all the songs, he wanted to take full advantage of the level of musicianship and craft that he had available. “I give a lot of props to all of those musicians,” he said. “They came in and it’s as if they’d been playing the songs for a long time already. Phil also has a lot to draw on from his experience as a producer and a craftsman, so he would challenge me at times to rewrite parts of the songs to get more out of them. You may have to put your ego aside in situations like that, but the result is you get some truly great work done.”

For Naish, it was important to develop that trust to ensure that they could match the vision that Wood had for the songs. This included building upon the hooks already imbedded in the music, as well as crafting arrangements – such as the reggae feel of ‘My Last Day’ – that might surprise listeners. “Kevin had brought in some great material,” said Naish. “There was a lot there to work with, and he was very gracious about reworking sections if it felt like the song needed a lift. Once we’d developed that trust and camaraderie, we were able to really get to the core of what he was trying to say emotionally and find the best way to do that musically. Not only that, but we were able to create a platform for Michael to do what he is called to do – sing.

In order to capture all the nuances of McCowin’s vocal performance, Naish utilized a signal chain that would do justice to the singer’s powerful range: a Manley E5550 Tube Microphone with a Retro Instruments 176 Compressor. “I knew it was the right combination to use because Michael knows how to use his voice like an instrument,” Naish said. “Those two things together are just magic, and they let you really hear all the range and power that he has. He’s a truly gifted singer, and once we had that sound, he immediately was comfortable, and every take was special.”

One of those takes was an early run-through of ‘Midnight Come’, a favorite of McCowin and Wood that immediately impressed Naish. The emotional power of the song even moved the singer. “All I ever want to do is sing, so when I do it, I put my whole heart into it,” he said. “I was singing ‘Midnight Come’ in the studio and realized that my eyes were filling up with tears – I was so moved by what Kevin had written and how the music felt – I’d never been in a situation like that in the studio before.”

“He’s such a quiet dude in person, but when you get out on that tight rope and really go for it in a performance like that it really reminds you of how powerful this music can be,” Naish added. “That’s the true beauty of the studio, that you can capture moments like that.”

For Wood, capturing those moments was exactly why he and McCowin came to Sweetwater Studios to begin with, because it gave them a place to document something that felt real. “There’s a lot of struggling artists out there, and some of them never get a chance to do something like this,” he said. “When you feel strongly about what you’re making and know it’s the real deal, you have to put everything you have into it. We really wanted to make music that lifted people up, and Sweetwater Studios was the place that helped us do that.” 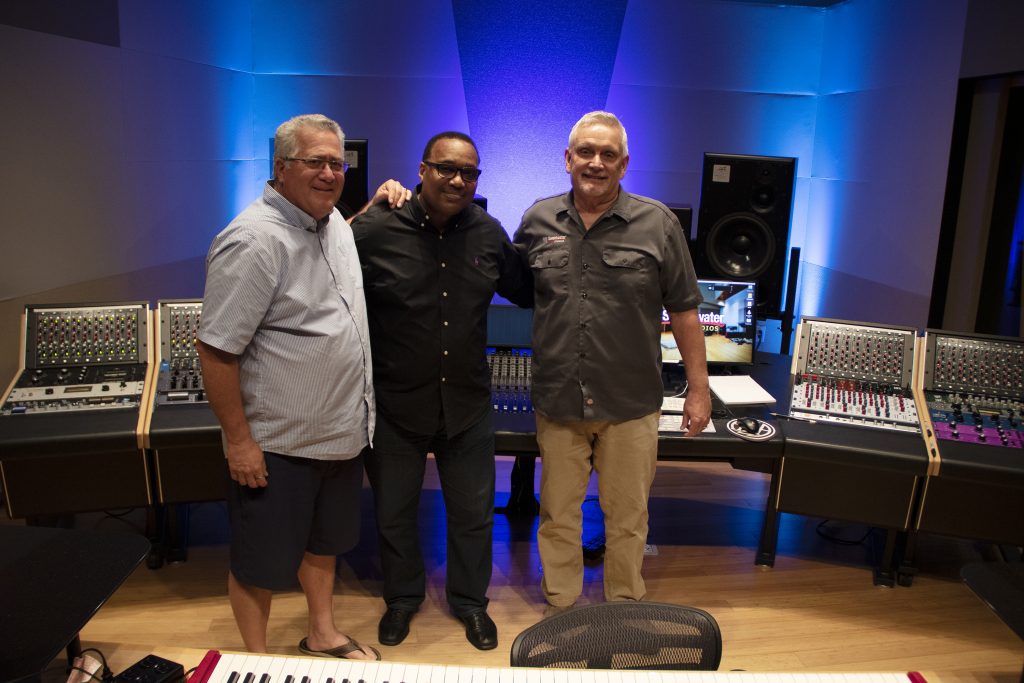