When the Kalamazoo Symphony Orchestra (KSO) in Kalamazoo, Michigan needed a sound engineer for a special event featuring Paul Schaffer, band leader and sidekick on the long-running David Letterman show, they turned to Emmy-winning production manager and sound engineer Paul Bevan, whose resume includes a long list of high-profile musicians, orchestras, and other prestigious events around the world. Bevan was already a consultant to KSO and no stranger to high profile projects.

Part of KSO’s 2018-19 Zhang Financial Pops! Series, the program was the kickoff for Paul Schaffer’s orchestral project. Schaffer’s 9-foot grand piano would be the centerpiece, with the Kalamazoo Symphony Orchestra and R&B legend Valerie Simpson also key elements of the show. Most sound engineers would agree that miking a grand piano in an orchestra setting is one of the most challenging scenarios they typically encounter. Bevan faced an even more daunting challenge: for aesthetic and sound leakage reasons, the piano’s lid would be down.

“We all know the challenges involved in getting a natural sound from a miked 9-foot grand piano when the lid is down,” said Bevan. “These challenges include avoiding an unnatural ‘boxy’ sound and having the microphones too close to the strings and having ‘hotspots’, where some notes are much louder than others.”

Following a recommendation from a colleague, Bevan requested the SCX25APS piano miking system from Audix. The SCX25APS system is designed for pianos and includes two SCX25A large diaphragm studio condenser microphones that produce a highly transparent and accurate sound. They also feature a low profile and phase coherent reproduction.

I was looking for a simple but elegant solution that could be used on its own,” said Bevan. “I particularly wanted to avoid placing multiple different systems in the piano, as I have found in the past that this just leads to phasing problems between the different systems, leading to an unnatural sound.” 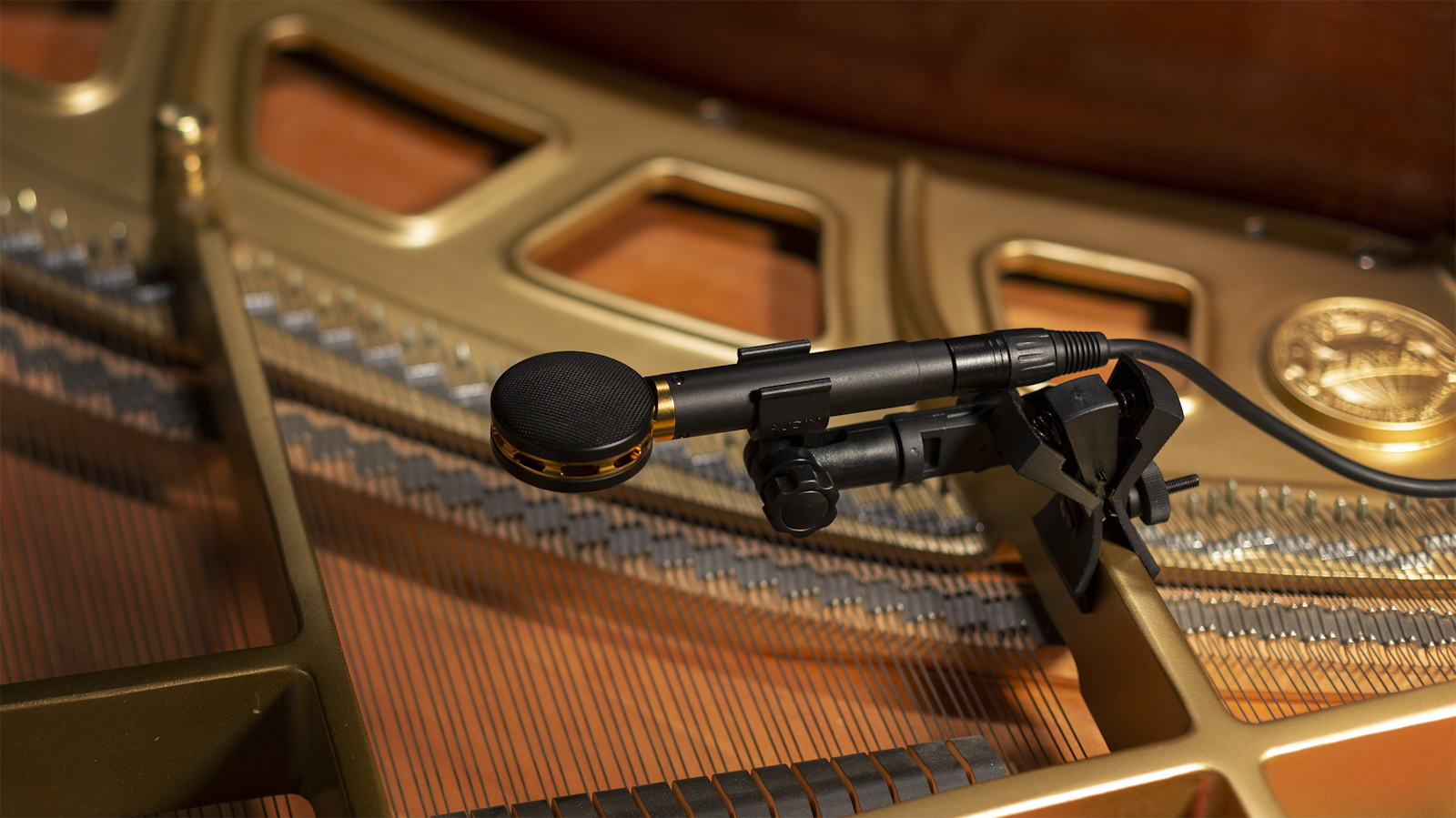 Bevan used the two DFLEX mounting clips included in the SCX25APS kit to attach the mics directly to the piano rail, one over the bass strings and one over the treble strings.

“The microphones sounded stellar—totally natural in the house mix, in monitors (both in-ears and wedges), and also in the live recording that was later re-mixed for a promotional video for future concerts,” said Bevan. “Everyone involved in the project—musicians, Shaffer’s management, orchestra management—was very happy that the piano, which was the featured instrument. It sounded so clear and natural with a closed lid.”

“I would not hesitate to recommend this system for any application that involves amplifying grand pianos, for the most natural sound while achieving plenty of gain.”

Audix is a U.S. manufacturer of high‐quality dynamic and condenser microphones, as well as wireless microphone systems for the live sound, recording, and installation markets. From concept to completion, Audix’s on‐site research and development team, combined with an in‐house manufacturing facility, enable them to proudly provide products from their headquarters in Wilsonville, Oregon.