Gilbert, Ariz., May 26, 2020 – The Conservatory of Recording Arts & Sciences (CRAS; www.cras.edu), the premier institution for audio engineering education, is continuing its successful series of educational on-line Zoom sessions. Most recently, CRAS was proud to have hosted a Zoom session between its students and faculty with acclaimed pro audio veteran Lenise Bent.

“We were delighted to have Lenise speak to us via Zoom on her groundbreaking career in audio,” said Nancy Scharlau-Murman, a CRAS instructor and a faculty advisor for CRAS Women of Audio. “The session was moderated by CRAS’s very own Jeff Harris who shares a rich history with Lenise from their days working together at Village Recorders in L.A. The session was attended by CRAS students and staff as well as many of Lenise’s friends and colleagues from all over the world. Her entire message was incredibility positive and encouraging for all in attendance. ”

The Zoom session kicked off with Bent telling her compelling story of how she started in audio and the unique path she took to land her job at Village Recorders. She moved on to talk about her career shift into audio post production and the challenges she faced in making that transition. She pointed out some of the key differences she encountered in the creative, technical, and business mindset of post compared to music.

“Lenise stressed the need to be continually learning new things and to embrace this time of uncertainly as a gift to expand on your creativity and education,” Scharlau-Murman continued. “Throughout the entire conversation, she used her stories to weave in numerous examples of the hard and soft skills that young engineers need to perfect when they’re just starting out, as well as the importance to continually network.”

Bent said that she was still excited about the presentation she got to give for CRAS. “A few months ago I had the good fortune to attend a CRAS open house and was so impressed by not only the magnificent campus and cutting edge curriculum, but the high level of enthusiasm and positive energy shared by both the expert staff and students. As also being an audio educator, this spoke volumes! What made it even more special was being interviewed by my dear friend Jeff Harris. I was also grateful to CRAS for inviting our audio community to join in as well and was pleased by all the friends and new faces of every age, race and gender. Total diversity! I got so much inspiration from everyone and I loved encouraging them to follow their passion. There is so much content being developed and created right now during this ‘Big Pause’ and just about all of it will require quality audio. I’m excited for the future and am thrilled that it is in such good hands. Thank you, CRAS!”

Bent goes by many titles since she has mastered each role…recording engineer/producer, foley mixer/editor, foreign dubbing supervisor, archivist, consultant, and instructor. She is one of the first women engineers in the industry and honed her skills on many iconic records including “Aja” by Steely Dan, and “Breakfast in America” by Supertramp as well as being the first woman to receive a platinum album for engineering Blondie’s “AutoAmerican” which included “The Tide is High” and the very first hit rap song with music “Rapture”. Her main mentor was the late, great Roger Nichols.

“Lenise is a long standing member of the Audio Engineering Society along with several other professional organizations, and so we were thrilled that she could work closely with our student section of AES and our Women of Audio group to set this event up on behalf of CRAS,” said David Kohr, Instructor/CRAS AES Faculty Advisor.

Bent is also a post-production audio professional, specializing in recording and editing foley for several films and animated series such as “RoboCop”, “Street Sharks” and “Extreme Ghostbusters”, creating foreign music and effects tracks for several popular TV series and films and has traveled the world for DreamWorks supervising the foreign dialogue recording and producing the vocals for such animated features as “Shrek”, “Spirit: Stallion of the Cimmaron”, and “Shrek 2”. Along with producing and engineering, Bent is an audio instructor, guest lecturer, and conducts a variety of workshops including basic recording techniques for singer/songwriters and analog tape recording, mixing and mastering. She is also an audio restoration and repair specialist, restoring the audio for the photo exhibit “Who Shot Rock &Roll” for the Annenberg Space for Photography among other challenges. 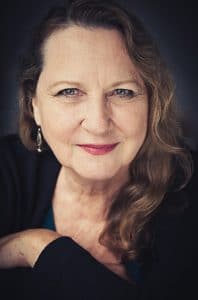 Bent is a long-standing member of NARAS and the Producers & Engineers Wing of the Recording Academy, the Audio Engineering Society, ARSC (Assoc. of Recorded Sound Collectors), the prestigious Hollywood Sapphire Group, The Blues Foundation, SoundGirls, Women’s Audio Mission (WAM) and on the board of directors of Worldwide Musicians United.

“One of the reasons I chose CRAS is because the instructors had real world experience in the fields that interest me,” said CRAS student David Tankersley. “Lenise Bent, being an associate of Jeff (Harris) just made it a bonus since I grew up hearing her work on the radio. Then I got some of behind-the-scenes stories making the art that much more of a reality to me. It’s like having a documentary for CRAS students that help make the classroom lessons more complete. It’s a re-enforcement of what is regularly taught at CRAS.”

Based in the heart of The Valley of the Sun with two campuses in Gilbert and Tempe, Ariz., The Conservatory of Recording Arts & Sciences (CRAS) is one of the country’s premier institutions for audio education. The Conservatory has developed a unique and highly effective way to help the future audio professional launch their careers in the recording industry and other related professional audio categories.